The The US and India will jointly develop dronesA senior Pentagon official said Thursday that Washington is seeking closer ties with Delhi as a way to counter China.

India will build these planes and export them to other countries in its region, this official said.

Delhi wants to diversify its weapons, which are mostly Russian-made, and also develop its own defense industry.

“And we want to support India on both fronts and we are doing that,” Eli Ratnerassistant secretary of defense for Indo-Pacific security, told a group of reporters and defense experts.

“In practical terms, this means that we will work closely with India to co-produce and co-develop capabilities that will support India’s own defense modernization goals,” Ratner said.

India can then “export to our partners across the region, including South and Southeast Asia at affordable prices.”

Ratner mentioned the possibility of developing drones launched from airplanes and defense systems against drones.

He also said the Pentagon is looking at “capability joint production opportunities” in the near to medium term, but did not say which ones.

“We are having good conversations with our counterparts in the Indian government at the highest level about our respective priorities in this regard, and we hope to announce more on this front in the near future,” Ratner said.

Relations between the United States and India have been uneasy over the years, but their shared wariness aggressive China brought the countries together under the leadership of the Prime Minister Narendra Modi and former president Donald Trump.

The United States recognized India as a “major defense partner” in 2016, and since then the two countries have signed agreements facilitating the supply of high-end weapons and deepening military cooperation.

Shares of TransAlta Renewables (TSE:RNW) are dipping below their two hundred day moving average of $17.56 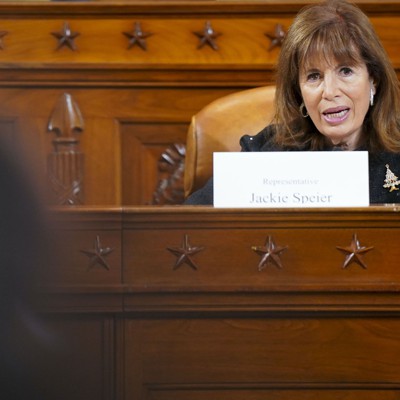 The bill of the House of Representatives will allow the military to perform duties, finance abortions

Watch: Will Smith Says He’s Remorseful and Has No Shame About Slap Chris Rock at Oscars