In the fourth quarter and fiscal year 2022, which ended Jan. 31, Walmart e-commerce sales continued to grow at the same level as during the pandemic-induced e-commerce growth in fiscal 2021.

In fiscal year 2022, mass retailers reported e-commerce sales up 11% year-over-year and a significant 90% year-over-year. In the 4th quarter, online retail sales were up 1% from the same quarter a year earlier, but up 70% from two years ago.

These two-year comparisons are noteworthy because Walmart’s fiscal year 2020 ended less than two weeks after scientists confirmed the first cases of COVID-19 in the United States. This time provides a useful separation of time between the pre-pandemic state of the retail business and the way it works now, after the coronavirus crisis.

The retailer also reported that excluding sales units in the UK, Japan and Argentina, e-commerce penetration in the 2022 fiscal year would be 13%. According to a presentation to investors, net sales from e-commerce in 2022 were $ 73.2 billion.

During a conference Thursday with analysts, Walmart CEO Doug McMillan said the retailer is using its stores differently than in the past.

“Our stores have become hybrid. They are both shops and performance centers, ”he said, according to Fr. the transcript is posted on the Walmart website. According to him, in fiscal year 2022, the number of online orders executed in our stores increased by 170% compared to last year. And that’s in addition to more than 500% increase over last year.

“Having stocks so close to so many customers is a competitive advantage. In some cases, we deliver goods to customers in a few hours, not days, ”McMillon said.

He added that in 2022 the financial retailer has increased the capacity of receiving and delivering orders by almost 20% and expects to increase this capacity by another 35% in the 2023 financial year.

An important part of Walmart’s online operation is Walmart +, a membership program that offers free same-day product delivery for orders over $ 35, free shipping for Walmart.com orders with no minimum orders (except for most orders placed by sellers in the market) and others. benefits, including fuel discounts.

“Our membership offer, Walmart +, continues to be an important part of what we are building,” McMillon said during the conference.

But since it introduced Walmart + in September 2020, the retailer has refused to provide specific membership numbers.

“We are not going to share Walmart + yet. I don’t really want the company to be defined by a single metric. And because subscriptions are such a topic today, everyone is really focusing on that, ”McMillan said, answering a question from an analyst about Walmart + membership data.

McMillon said Walmart + is important because it helps Walmart grow its e-commerce business, deepens retail relationships with customers and provides useful data. “And at some point we’ll probably talk about that figure,” he added.

Consumer Intelligence Research Partners LLC (CIRP) released a report earlier this week estimating that Walmart + represents just over a quarter of Walmart.com’s customers, with 11.5 million members, as of January 2022.

During the conference, Brett Biggs, CFO of Walmart, said the retailer was facing “significant unexpected costs” associated with the recent rise of the omicron variant of the virus that causes COVID-19.

Biggs said supply chain costs were more than $ 400 million higher than expected. The costs associated with the pandemic for the year were lower than in the previous year, but included much higher costs due to the fact that employees contracted COVID-19 infection and therefore could not work. “In the first three quarters combined, COVID vacation spending totaled about $ 600 million, but in the fourth quarter alone it rose to more than $ 450 million,” Biggs said. He added that Walmart is working with suppliers to manage inflation, and has found several places where prices could be rolled back.

Philip Melson, a client partner of Fractal Analytics, a provider of artificial intelligence-based technologies, called Walmart’s revenue “a bit of a bright place to start what is a big couple of weeks in terms of retail finance.” However, he says Walmart is facing problems due to rising supply chain costs and the impact of inflation. Both of these issues will be an “interesting read” if Walmart publishes first-quarter results for fiscal year 2023 later this year, he added.

“Moreover, given the challenges Walmart has faced with supply chain costs and inflation, it will be very interesting to see how medium and even large retailers, which are perhaps less sophisticated and have fewer resources than Walmart, have been able to withstand these two big obstacles, ”Melson says.

Changes in percentages may not match dollar figures due to rounding.

Eutelsat rejects forecast of return to growth amid satellite delay Could the role of the cycling industry in biodiversity conservation be greater? 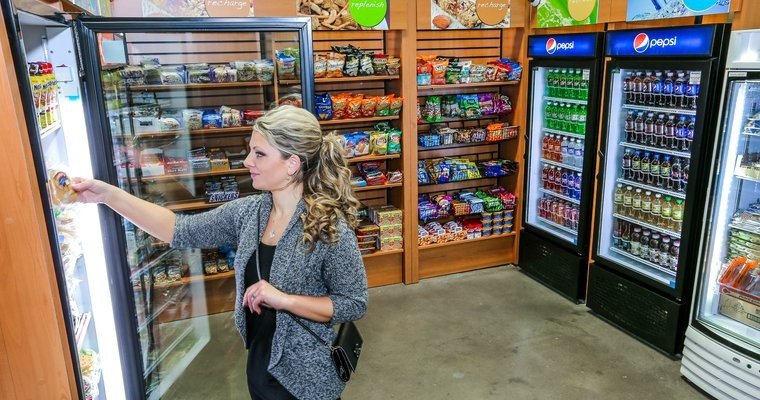