“It’s irresponsible rhetoric for a nuclear power to talk like that. But it’s out of character for the way he’s been talking for the last seven months, and we take it very seriously,” John Kirby, a spokesman for the White House National Security Council, told ABC’s OK. Morning America” after Putin said he would use “all available means” to defend Russian territory.

“We monitor their strategic position as best we can. So we can change ours if needed. We don’t see any indication that this is necessary right now.”

Kirby echoed previous comments from President Joe Biden when asked what the U.S. response would be to Russia reaching for its nuclear arsenal, which analysts say could mean detonating a demonstration explosion over the Black Sea, using nuclear warheads on the battlefield to limit radiation or eventually using a larger weapon.

Kirby called Putin’s order to mobilize about 300,000 reservists from all over Russia a sign of weakness.

“It’s definitely a sign that he’s struggling,” Kirby said. “He suffered tens of thousands of losses. He has terrible morale, unit cohesion on the battlefield. Command and control is still unresolved. He has a problem with desertion and he’s forcing the wounded back into the fight – so obviously manpower is a problem.’

Kirby said that the “sham” referendums on joining Russia, which are being prepared in the areas of Ukraine captured by Russia, will not change the US policy.

“This is Ukrainian territory. It doesn’t matter what bogus referendum they hold,” Kirby said. “We will continue to support Ukraine with security assistance and other financial assistance, as the president said, as long as necessary.”

“The threat of nuclear weapons is unacceptable and poses a real danger to everyone,” he said.

The head of the EU added: “The international community must unite to prevent such actions. World peace is at risk.”

Borel joined a chorus of condemnation from the West after Putin said Moscow would use “all means at our disposal to defend Russia and our people” and ordered a partial military mobilization following a series of setbacks in Ukraine.

An EU official previously said that Putin’s statements, as well as the push for a vote to annex occupied territories in Ukraine, showed his “desperation” after a series of military setbacks.

“This is also another sign of his despair at the way his aggression against Ukraine is going.”

The EU will impose “consequences” on Moscow for seeking to justify the annexation of the territories of Ukraine it occupied, Stano added.

But he refused to give any details, and EU member Hungary has expressed opposition to new sanctions after six waves of unprecedented economic measures against Russia.

European diplomats told AFP that work is underway on a new round of sanctions that could be submitted for approval to the 27 EU member states.

The EU stated that it does not recognize “fake, illegal referendums” organized by the Kremlin in Ukraine. Stano said the bloc would continue its support to help Kyiv liberate its territory.

“Ukraine is waging a justified war of self-defense for the survival of the nation,” he said.

The EU has already allocated 2.5 billion euros ($2.5 billion) for arms supplies to Ukraine and is preparing a new tranche expected to add up to an additional 500 million euros. 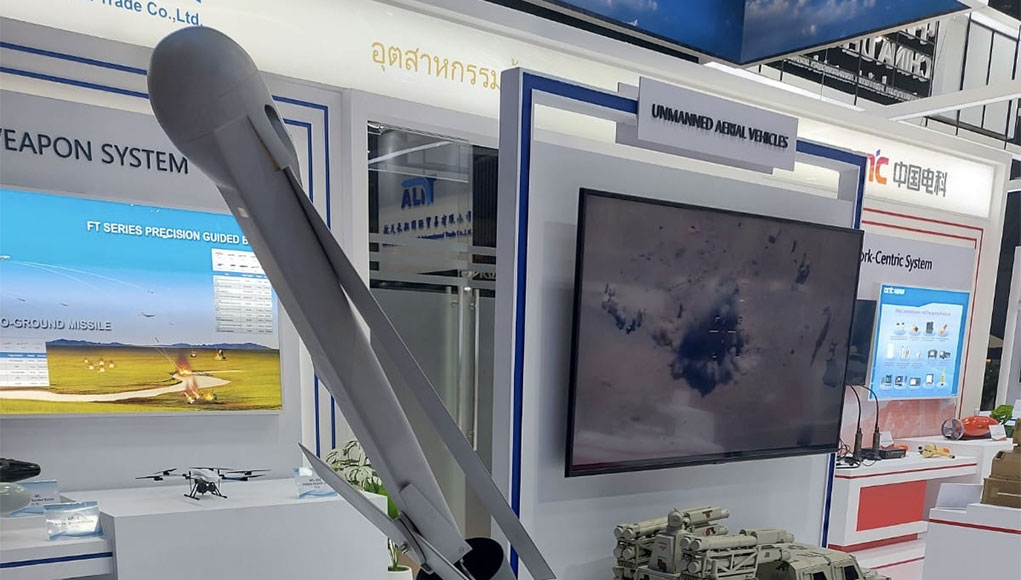 A new Chinese stray weapon has appeared in Thailand