British air crash investigators have issued a special bulletin after the flaps on a Bombardier Challenger 604 inadvertently extended, potentially compromising the plane’s safety.

The business jet, registration D-AAAY, departed Farnborough Airport (FAB) at 16:18 UTC on 10 August 2022 on a private charter flight to Malaga – Costa del Sol (AGP) in Spain. There were three crew members and seven passengers on board. After the flaps extended without command during altitude gain, the crew took action, landing back at the FAB at 16:51 with no one on board injured.

The investigation is still ongoing, but the incident, classified as serious by the UK’s Air Accidents Investigation Board (AAIB), is of sufficient concern that a special bulletin has been issued with one safety advisory and four safety actions for the manufacturer and the Canadian regulator, including inspections aircraft and providing operators with information about the incident.

Flaps stretching in flight is a potentially catastrophic event that can result in the destruction of the aircraft and/or loss of life.

This time, the crew kept a close eye on the aircraft while it was in the climb phase and were therefore able to react quickly.

“Had the aircraft been in cruise, the crew may not have been able to recognize the uncommanded flap deflection so quickly and take corrective action within the time required for the flaps to fully deploy,” the AAIB wrote in a special bulletin published on 22 September 2022. .

What happened to the flight?

The twin-engine aircraft departed the FAB without incident and the crew retracted the flaps. However, at about 4:40 p.m., when the autopilot was engaged and the Challenger was flying through flight echelon 190 (about 19,000 feet) at an indicated airspeed of about 300 knots, the crew received a flap failure warning.

However, despite the fact that the aircraft speed exceeded the maximum speed at which the flaps could be safely operated, there was no audible overspeed warning.

The captain took control of the aircraft, braked it and lowered the aircraft. A crew member checked the flaps through the window and saw that they were fully extended. This happened despite the fact that the flap lever was in the 0 position where the flaps should be fully retracted.

The pilots returned to Farnborough, where the aircraft landed safely at 16:51, although slightly over the maximum take-off weight.

What has the investigation found out to date?

The AAIB says that after the plane landed, engineers from a technical company began work to find out what caused the defect reported by the crew.

They report: “The aircraft was left parked with electricity connected and powered on. After about two hours, the flaps opened fully without a command. The flap selector lever in the cockpit was in the 0 flaps position.’

The investigation is ongoing and has not yet determined the cause of the involuntary expansion of the valve.

However, the investigation is also looking into why the flap protection system did not work properly. If the flaps open without a command, the protection system must de-energize the two motors that drive the flaps and stop the flaps from being extended any further. However, the AAIB said it appeared a fault in the No 1 engine relay caused it to continue to operate, allowing the flaps to continue to open at half their normal speed.

In the safety case of the Bombardier Challenger 600 series aircraft, analysis of uncommanded flap extension concluded that two failures—one to cause the flaps to move and the other to prevent stalling—must occur at the same time for the flaps to extend without command beyond a certain time. a point

“The safety rationale for uncommanded flap movement was calculated based on two simultaneous failures, but this event shows that a single failure can go undetected for some time, thereby increasing the risk of this potentially catastrophic event occurring,” the AAIB said.

In the first safety event, Transport Canada and Bombardier are reviewing the safety case for the flap control system of the Challenger 600 series aircraft to ensure that the probability of risk to the safety of unmanned flap movement is correct.

In the second case, Bombardier will notify Challenger 600 aircraft operators of the D-AAAY incident by October 20, 2022.

Bombardier’s first safety advisory recommended that operators be briefed on the actions to be taken in the event of unmanned flap deployment during flight.

The fact that the relay was broken meant that the flaps retracted at half normal speed during the 64 previous flights recorded on the flight data recorder, a condition not reported to the crew.

Because other aircraft in the fleet may be operating with a similar latent defect, Bombardier and Transport Canada will take two safety measures to advise operators to check their flap speed and ensure mandatory inspections are carried out.

https://www.aerotime.aero/articles/32220-special-bulletin-flaps-bombardier-challenger The UK is investigating a serious incident involving the flaps of a Bombardier business jet

The first team of the week has been released, including Kevin De Bruyne Companies need to improve in the value chain of due diligence 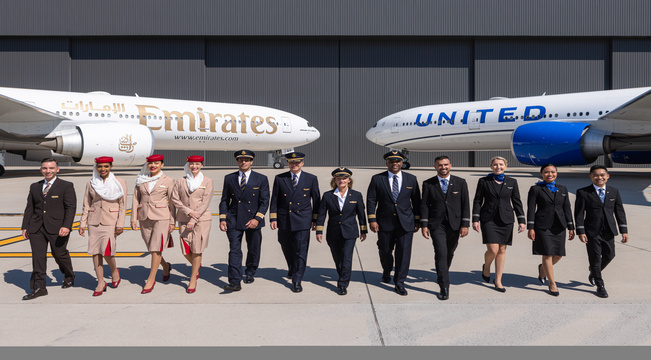 Airbus and Linde will develop hydrogen infrastructure at airports