The first gates at JFK’s Terminal 6 are expected to open by 2026, allowing JetBlue to further expand its presence at the airport.

The newest terminal of St John F. Kennedy International Airport (JFK)terminal 6, should open its first gates in 2026. JetBlue Airways will use this gate first. The remaining gates will be opened over the next two years, and the project is scheduled to be completed by 2028. These gates will be used by foreign airlines. The terminal is expected to provide the most modern and comfortable airport experience.

Terminal 6 is not a brand new airport terminal. More than a decade ago, the airport had Terminal 6, although it was demolished in 2011. Construction of the new terminal will begin in the next few weeks. The $4.2 billion project will create one of the most beautiful airport terminals in the world. Once completed, the terminal will have ten gates. Nine of them will be able to accommodate wide-body aircraft.

The new terminal will have an area of ​​10,000 square feet, which will consist of arrivals halls, check-in desks, airline lounges, and retail and dining areas. The terminal will be directly connected to Terminal 5 and will serve mainly international flights. Once the first gate is complete, JetBlue will move in and begin operating the gate. Once construction of the remaining gates is complete, JetBlue will have to share the terminal with various European airlines, including Lufthansa, Austrian Airlines, Brussels Airlinesand Swiss.

JetBlue Airways CEO Robin Hayes commented on the new services it will provide through Terminal 6. Hayes attributes the airline’s ability to expand its operations at JFK to the Northeast Alliance with which American Airlines. Hayes stated

“Thanks to our Northeast alliance with American Airlines, Jetblue’s presence in New York has never been greater, and the new Terminal 6 project will only accelerate our growth in the years ahead.”

The future of JFK

The new terminal is one of several projects the airport has planned to improve the airport and its services. Airport management sees the new terminal as a way to increase capacity and pave the way to becoming one of the best airports in the world. Port Authority Executive Director Rick Cotton had the following to say about the project:

“The financial close of the new Terminal 6 allows us to move forward with the final part of our plan to transform JFK into one of the world’s greatest global gateways. JFK Millennium Partners’ $4.2 billion private investment in Terminal 6 is a vote. confidence in our vision for the new JFK and in the future of our region.”

Once that project nears completion, airport officials expect construction to begin on the airport’s next major project, the terminal renovation. Construction of this project is projected to begin in 2026 and is likely to be completed in 2030. The project will cost approximately $9.5 billion by the time it is completed.

What do you think of this new terminal? Let us know in the comments below.

https://simpleflying.com/first-new-gates-jfk-terminal-6-open-2026/ The first round of new gates at JFK’s Terminal 6 will open in 2026 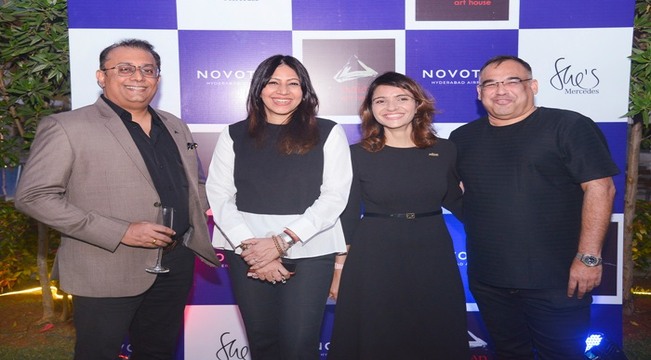 The young pilot is planning his future – General Aviation News “Justified to save lives”: do clean air zones move into the fast lane?