Nasib Qureshi (shown here) is part of the university’s ARS team, which produces biobutanol from renewable sources such as sweet sorghum rather than oil. (Photo by NCAUR, D4842-1)

WASHINGTON – Sweet sorghum is best known for its amber syrup, which is made from its juices. Now this hardy member of the grass family can also be used as a “homegrown” resource for the production of a renewable transport fuel called biobutanol.

To this end, a team of scientists from the Agricultural Research Service (ARS) and Ohio State University (OSU) has developed a procedure for obtaining biobutanol from sweet sorghum.

Bagas refers to the fleshy, fibrous remnants of crop stalks after they have been crushed to extract sugar juice. Some amount of pulp is re-applied to the plots; what remains may become a disposal problem. But inside this flesh is a valuable storehouse of sugars, enclosed in cellulose and hemicellulose – the “base” of plant cell walls. Once released, these cellulosic sugars can be fermented into biobutanol, explained Nasib Qureshichemical engineer and biochemist with ARS National Center for Agricultural Use Research in Peoria, Illinois.

Biobutanol, derived from cellulosic sugars in agricultural waste, is attractive because of its potential to reduce dependence on gasoline and other non-renewable fuels. Biobutanol, along with ethanol, is also considered a cleaner alternative gasoline. However, biobutanol can be transported through existing pipelines and is less aggressive to internal combustion engines than ethanol. Biobutanol also contains 33 percent more energy per gallon and mixes more easily with gasoline, Qureshi said. It can also be catalytically upgraded to bioactive fuels (sustainable aviation fuel).

Until the 1950s, butanol was mainly made from fermented cornstarch sugar and sugar cane molasses, before producers switched to using oil, which proved to be cheaper and more efficient. Today butanol is mainly used as an industrial solvent.

However, over the past few years, Qureshi and his staff have used the advances in fermentation science and product recovery technology to restore the commercial prospects of butanol – not from oil but from a wider range of agricultural materials than have been used in the past.

In particular, researchers have drawn attention to waste from harvesting or processing, such as corn biscuits, barley and wheat straw, leskerelli cake and more recently sweet sorghum. To help them, researchers have recruited new hardy strains of bacteria such as Clostridium beijerinckii P260 for the fermentation of cellulose sugars is a waste in specialized vats called bioreactors.

The key achievement of the team was to combine what was previously a series of separate steps into a single streamlined process, namely, the release of cellulosic sugars from waste, their fermentation into biobutanol and the removal of this quadruple alcohol (along with acetone and ethanol) from the bioreactor. It also helps protect the hardworking bacteria inside.

In laboratory-scale experiments, microbes produced 23 grams of biobutanol from 160 grams of pulp. This corresponds to the production of 46 gallons of butanol from 1 ton of sweet sorghum pulp. In addition, it also produces 31 gallons of acetone and ethanol per tonne of this raw material, which can be used as valuable chemicals, Qureshi said. The researchers used a solid concentrated form of pulp (16-22 percent), which required a smaller bioreactor and used about 50 percent less energy than in the production of biobutanol from wheat straw, another waste they experimented with.

As a crop, sweet sorghum promises to be a biobutanol resource because of its drought resistance, economical water uptake and adaptability to extensive growing conditions, including marginal agricultural lands.

The document with detailed information about the advance was published in the December 2021 issue Fermentation Qureshi and co-authors Badal Sakha, Sicking Liu and Nancy Nichols – all from ARS – and Tadeusz Ejeji from OSU.

The Agricultural Research Service is the principal research agency of the U.S. Department of Agriculture. Every day, ARS focuses on addressing the agricultural issues that affect America. Every dollar invested in agricultural research brings $ 17 economic effect.

The Secretary of Agriculture answers the consensual question of dairy products Warming trends: weather guarantees for your holiday, plus the benefits of microbial proteins and the urban bias against the environment Pasture improvement in parts of Iowa There will be a livestock breakfast 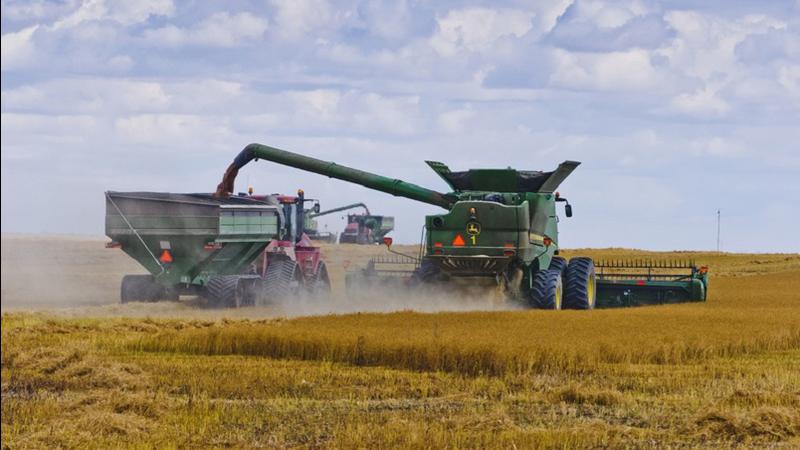