Russia deployed troop reinforcements to an area of ​​northern Syria controlled by Kurdish militants and government forces on Wednesday, residents and a military monitor said, amid fears of a Turkish ground invasion.

Then comes the step of Moscow’s ally Damascus Ankara launched airstrikes against Kurdish targets in Syria and Iraq On Nov. 20, a week after a deadly bombing in Istanbul was blamed on Kurdish militants who deny responsibility.

This was reported by the residents of Tal Rifaat, which is under the control of the Kurds north of Aleppo AFP that reinforcements of Russian troops have approached the city.

Tal Rifaat is 15 kilometers (nine miles) south of the border with Turkey. Kurdish forces control the city and surrounding villages, while Russian troops were already present in the area.

Residents said Russian troops had set up roadblocks in a nearby village, separating it from positions held by Turkish forces and their Syrian rebels.

After carrying out a series of airstrikes, Turkey threatened a ground invasion to northern Syria, including the Tal Rifaat pocket, as well as Kobane and Manbij further east.

Kobane and Manbij are under the control of the US-backed Syrian Democratic Forces (SDF), which includes the Kurdish People’s Protection Units (YPG), one of the groups Turkey blames for the Istanbul bombing.

The Syrian Observatory for Human Rights, a British war monitor, said Russia was also building up troops at a government-controlled airbase near Tal Rifaat.

The reinforcements could be an attempt to “stop or delay the Turkish operation,” the head of the Observatory said Rami Abdel Rahman told AFP.

Kurdish-led forces in northern Syria have called on Russia to dissuade Turkey since the ground offensive against them began, their commander said on Tuesday.

The Observatory reported that Russian reinforcements had also reached the outskirts of the border town of Kobane.

Russian troops are deployed in some Kurdish-held border areas of northern Syria following a 2019 deal that sought to avert the threat of a Turkish invasion.

President Recep Tayyip Erdogan said last week that Turkey was more determined than ever to defend its border with Syria from attacks by Kurdish militants, threatening a ground operation “at the most opportune time.”

Since 2016, Turkey has carried out successive operations against Kurdish forces in northern Syria, who have installed proxies in several areas along the border. 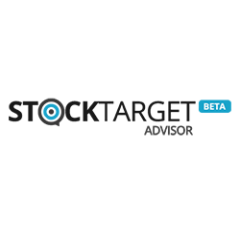 Putin: the response to attacks from Ukraine will be “tough” The U.S. Navy debuted at the Milan-led Milan exercises