Russia and Ukraine on Wednesday held their first direct talks since March in an attempt to break an impasse over grain exports that has sent food prices soaring and millions facing starvation.

The high-stakes meeting involving UN and Turkish officials in Istanbul came with Russia and Ukraine locked in a furious long-range firefight that is destroying cities and leaving people with nothing.

Ukrainian officials said at least five people were killed in Russian shelling of the region around the Black Sea port city of Mykolaiv.

“You never get used to war. It’s terrible and scary,” says 60-year-old Lyubov Mazhaeva in the partially destroyed front-line town of Bakhmut.

The first face-to-face talks between the Russian and Ukrainian delegations after another meeting in Istanbul on March 29 are taking place with the threat of food shortages spreading to the poorest parts of the world.

Ukraine is an important exporter of wheat and grains such as barley and corn. It also supplied nearly half of all sunflower oil traded on world markets.

But supplies across the Black Sea have been blocked by Russian warships and mines that Kyiv has laid to prevent an amphibious assault.

The Istanbul talks are being complicated by growing suspicions that Russia is trying to export grain it stole from Ukrainian farmers to regions under its control.

Data from the US space agency released last week showed that 22 percent of Ukraine’s farmland was under Russian control after the February 24 invasion.

Both sides say they have made progress but are sticking to tough demands that could derail talks.

The Minister of Foreign Affairs of Ukraine, Dmitriy Kuleba, said that Kyiv is “two steps away from an agreement with Russia.”

“We are in the final stage, and now everything depends on Russia,” he told the Spanish newspaper El Pais.

The official representative of the Ministry of Defense of Russia, Igor Konashenkov, said that Moscow “presented a package of proposals for the fastest practical solution” to the bread crisis.

On Tuesday, Russia said its demands included the right to “search ships to avoid arms smuggling,” a demand that Kyiv rejected.

The negotiations took place around a huge square table in a historic mansion overlooking the Bosphorus.

NATO member Turkey is using its good relations with both the Kremlin and Kiev to broker an agreement on a safe way to ship grain.

Turkey says it has 20 merchant ships waiting in the region that can be quickly loaded and sent to global markets.

The UN plan calls for ships to follow safe “corridors” between known mine sites.

Kyiv has also asked that its ships escort the warships of a friendly country like Turkey.

Experts say demining the Black Sea is a complex operation that could take months – too long to deal with the growing global food crisis.

Kuleba said he did not think Moscow really wanted to reach a deal because the proceeds from the sale of the grain would help prop up the Western-backed government in Kiev, which the Kremlin calls “Nazi.”

“They know that if we start exporting, we will get revenue from world markets and that will make us stronger,” Kuleba said.

The talks in Istanbul precede a meeting in Tehran next Tuesday between Turkish President Recep Tayyip Erdogan and his Russian counterpart Vladimir Putin.

The war in Ukraine has added to Turkey’s economic woes and further complicated Erdogan’s path to a third decade in power in next year’s elections.

But this week, the Ukrainian military warned that Russia is preparing to launch its most severe attack on the Donetsk region, the larger of the two territories that are part of the Donbas war zone.

The Russian army has not conducted any major ground offensives since capturing Ukraine’s last points of resistance in the smaller Luhansk region of the war zone at the beginning of the month.

Analysts believe the Russians are taking an “operational pause” during which they rearm and regroup before launching an offensive on Slavyansk and Kramatorsk, Ukraine’s administrative center in the east.

Ukraine is trying to resist the Russians by launching more and more powerful attacks with new missile systems from the US and Europe in the arsenal.

US officials believe that the Russians are trying to compensate for their losses by negotiating the purchase of hundreds of combat drones from Iran. 
A hardy plant grown using salt water thrives on desert farms in the UAE and helps create ‘healthy’ burgers, demonstrating the potential of sustainable agriculture in the harshest of environments. Salicornia, a succulent, is already being used as a salt substitute in hamburger patties – a rare agricultural success in the oil-rich United Arab Emirates, which imports almost all of its food. “You have a salty flavor with less sodium, but you also have other benefits,” said Tina Sigismund, head of marketing and… read on

https://www.seeddaily.com/reports/Russia_and_Ukraine_address_grain_crisis_in_first_talks_since_March_999.html Russia and Ukraine are considering the grain crisis at the first talks since March

On this day, July 16: The US tested the first atomic bomb 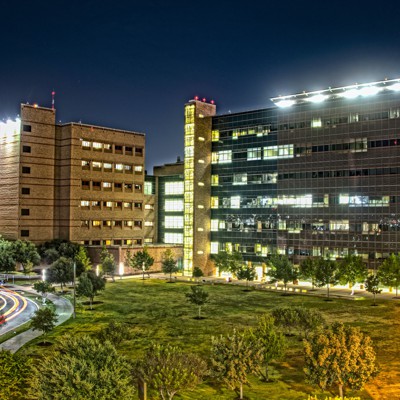 On this day, June 25: The U.S. Supreme Court bans prayers in public schools