John Nielsen-Gammon, Ph.D., State Climatologist at the Texas Tech and Health Authority College of Arts and Sciences Department of Atmospheric Sciencessaid some parts of the state have received favorable rainfall over the past week and that cooler temperatures will help the soil retain moisture.

“Thanksgiving weekend was a lucky break,” he said. “As early as Tuesday, the computer models were saying that the storm could move quickly and miss us, could stop in a perfect spot or slide south. It ended up resting in the perfect spot, producing a wide swath of precipitation across the midstate.”

Midland to San Angelo, Corpus Christi, McAllen and the northeastern parts of the state received good rains that should provide decent soil moisture for the rest of the year, Nielsen-Gammon said. The highest number for the week was in southeast Texas.

But the forecast for the rest of the winter is dry, he said. The chance of precipitation between December and March is about two in three, with the southern and western parts of the state most likely to receive precipitation.

Temperatures will also be above normal for most of the time, but farther north, cooler air will move into the state from time to time, he said. The La Niña effect tends to fade around April, but more importantly, La Niña itself will probably dissipate by then.

“The time has come; this is the third La Niña winter in a row,” he said. “It’s time to hope that the pendulum swings the other way and El Niño can develop over the summer and tip the odds in favor of a wet winter next time around.”

Rainy weather improves the situation in the region

Reagan Noland, Ph.D., AgriLife Extension agronomist, San Angelo, said recent rain systems have provided good moisture to much of the region. Most areas received 2-3 inches of rain, with some areas receiving up to 4 inches.

Noland said the moisture will help plant wheat and any cover crops planted by producers in the region.

“It rained for everyone. It absorbed slowly, and the moisture will definitely benefit winter crops,” he said. “We’re still in the deficit for the year, but we’re in much better shape than we were two months ago.”

Much of the Rolling Plains received 1 to 2 inches of rain, which improved soil moisture conditions in wheat fields, Vernon, Ph.D., AgriLife Extension agronomist Amy Kimura said. Rains contributed to moisture but hampered cotton and groundnut crops in the region.

Kimura said moisture should support the wheat crop through December, but additional rains will be needed in January and February. Most producers use wheat for grazing and decide at the end of February whether to continue to use the fields as forage or to switch the crop to grain.

“A lot of grower decisions on wheat will come down to weather and grain prices,” she said. “But so far everything is fine. At least there is some optimism. A few months ago it was depressing to talk about any crop because it was so dry.”

Much of the region didn’t get much moisture after August rains dried up quickly in triple-digit temperatures and strong winds, Stein said. Water levels in reservoirs and ponds remain a concern, but grower optimism for wheat and winter fodder is higher.

Stein said the moisture will help the spectrum of plant life from trees and landscape plants to pasture and field crops. Many growers planted wheat and ryegrass before rainfall so that moisture would not affect future plantings.

“I never saw him after the August rain,” he said. “It dried so quickly, it was very dry and hot. It is no longer a dry powder. People talk about a million dollar rain, but this must have been a billion dollar rain.”

For several days, the area experienced below-normal temperatures along with precipitation. The soil moisture level was adequate. The reserve tanks held a significant amount of water to bring the level back up to a comfortable level. Field work was limited due to heavy rains. The early sown oats and wheat got off to a bad start but looked very good after the rain. Wheat planted in the past three weeks has been slow to germinate and emerge due to cold soil conditions. Livestock pastures looked very good with cool-season annual greens emerging, but producers were still supplementing animal diets. The animal was in good condition.

The county saw 0.5-4 inches of slow, wet rain with very little runoff. General conditions were improving. Recent rains have significantly increased soil and subsoil moisture. Wheat conditions were poor in some areas but improving. Pasture and grazing conditions should improve as the weather warms. Cattle rations were supplemented with hay and cake, few animals were in the wheat fields. The remaining cotton was in poor condition.

The amount of precipitation ranged from 1.5 to 4 centimeters. This rain has improved soil moisture conditions and should benefit farmers and ranchers. Winter pastures should liven up with some sunny days. Field work was stopped due to rain. Animal husbandry was going well. The pecan harvest continued, but rainy conditions made harvesting difficult.

A large amount of precipitation has passed in the district. Ponds and streams were filling up. Pasture and grazing conditions were good. Soil and top conditions were appropriate. The animal was in good condition, fed. In some areas, feral pigs have been badly damaged as recent rains have flushed them out of the bottom.

A slow wet rain of 1-2 centimeters was falling in the area. Moisture should help all aspects of agriculture. The large cattle were in good condition. Soil moisture conditions were insufficient.

Soil moisture was very short to short. Dry weather remained in the region. Harvesting of corn and cotton continued. The sowing of winter wheat and the improvement of the established plantations continued. Cattle were grazed on early-sown wheat with fuel. Grazing and grazing conditions were very poor and cattle were supplemented. Moisture was needed to maintain pastures and winter fodder.

Soil moisture was insufficient. Rainfall totals were 2-6 inches across the area with some flooding in low-lying areas and very muddy field conditions. Winter wheat has been sown and has come up well. Hay feeding continued. Winter pastures are planted early and are emerging well. Until the winter months, the animal looked in good condition.

Conditions were cold and rainy. Late crops were sown, fertilizers were applied before the rain. Pastures were greened up and animals were given pasture. Wheat and oat pastures were expected to grow with drier and warmer conditions. The pecan crop was minimal. The rains delayed cotton harvesting.

In many areas, the rains saturated the fields and pastures. Soil moisture levels were very short to adequate. Most of the winter wheat and oats were planted, but late crops were expected once the fields dried out. Preceding the rains, ryegrass was sown, voluntary ryegrass emerged. Moisture and fertilizer should improve forage production in the cool season. Pasture and grazing conditions were very poor.

Temperatures were below average. Heavy and patchy rain resulted in up to 1.3 inches of rain. Pasture improvement was expected. Wheat and oats looked good under the supporting crops. Livestock and livestock were in good condition.

Soil moisture levels were very short to adequate. Light rain was reported, with 2-3 inches of slow heavy rain falling in many areas. The temperature was lower. Producers continued to feed livestock and wild animals. Citrus and sugarcane harvesting, as well as other field work, were slowed by the rain. Hay harvesting was completed. Vegetable producers made do with onions, cabbage and greens.

Mexico offers flexibility to import US feed corn, but not white corn Clean energy inside: sales and exchange of electronic bicycles are evolving. But can they help get the car off the road? 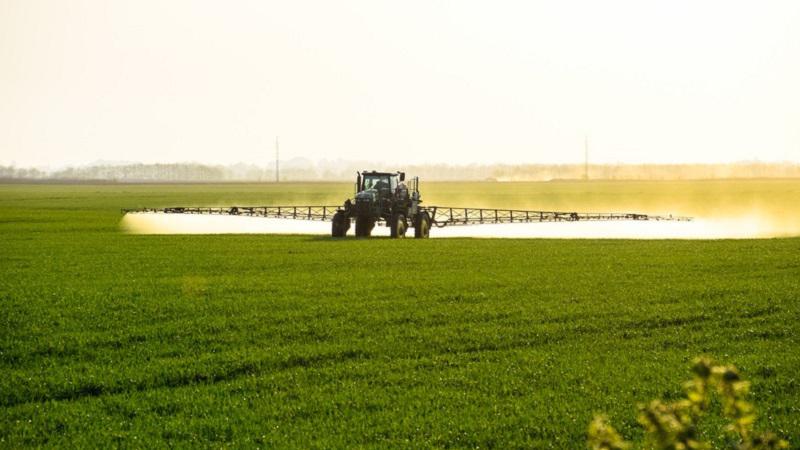