After a pandemic-induced boost, the latest public confidence report from the Canadian Center for Food Integrity indicates Canadians’ confidence in the food system has fallen back to overall historical trends.

After a 2-year hiatus, the Royal Agricultural Winter Fair (RAWF) took place from 3-14 November at Exhibition Place in…

As the 2022 CCFI Public Trust Research Report describes, 24% of survey respondents believe the food system is headed in the wrong direction, while 33% believe it is headed in a positive direction. In 2020, for comparison, these figures were 17 and 47 percent, respectively.

Why does it matter: Public trust in Canada’s food system, or lack thereof, can have major policy implications for farmers and other stakeholders.

While many factors have fueled lower public confidence, the report identifies affordability and inflation concerns as the main culprits. Food safety and general health are both second. Following these core issues are food and environmental concerns.

Food prices have long been a top concern identified in the center’s public confidence research, but it has intensified in the past year. Respondents identified a number of different reasons for the higher cost of living and broader concerns about food affordability and security.

Overall, the 2022 survey data shows that Canadians generally have an accurate understanding of the rising cost of food.

About 56% believe food prices are rising because of the costs associated with supply chains and food production. One in five believe the increase is due to companies looking to increase their profits. About one in 10 believe the increase is due to the pandemic or food shortages as a result of armed conflict. Others identify factors such as government policies, the cost of fuel and the continued loss of agricultural land as reasons why the food system is headed in the wrong direction.

However, perceptions of food inflation are somewhat out of sync with reality. Price increases are 9.7%, but respondents thought the real number was 16%. Many reported taking steps to lower their grocery bill.

“When asked how, if at all, Canadians are adapting their behaviors in response to rising food costs, the most common response is to eat less, cited by more than four in 10 (42%),” the report said.

“About a third of Canadians are buying less food and wasting less of what they buy (33% and 35% respectively). Slightly fewer report changes in the type of food they buy, including eating less meat, buying in bulk, buying more frozen foods and less nutritious options.”

The CCFI 2022 report highlights several other key areas of interest for food and agriculture stakeholders.

“Canadians say they are the most knowledgeable about traditional animal husbandry, although only four in 10 feel they are at least somewhat knowledgeable on the subject,” the report says.

Ingredient lists, country of origin and nutritional information are the most trusted forms of on-pack communication, the report found.

“Canadians are the most skeptical of claims that a food product is ‘all natural’, organic or free of artificial ingredients…. A quarter of Canadians say they look for insurance logos when shopping; Most of this group say they are looking for the “non-GMO project verified” label.

About four in 10 say they are looking organic canadian and quality assurance logos, as well as foods that are labeled as raised without antibiotics, hormones and steroids, the report said.

“Concern about the general practice of misleading food labels or descriptions for marketing purposes is slightly greater than for greenwashing; just under half of Canadians are concerned about these dishonest marketing tactics.”

“Canadians have little confidence in the media as a source of information about Canada’s food system,” the report said. However, this confidence has been found to be age-related, decreasing in older populations.

“Generation Z Canadians (born in 1997 or later) have significantly higher levels of trust for most forms of media than older groups.”
For food information, the report says Canadians most often turn to online searches, which ranked second most trusted behind government websites.

Despite variability across demographics and regions, survey data shows that confidence in the Canadian food system in 2022 remained steady compared to the previous year. About one-third maintain a very high level of confidence and almost two-thirds indicate a moderate level of confidence.

A breakdown of the categories reveals a more complex picture. While farmers as a whole remain the most trusted individual group (followed by scientists), trust in small, independent producers, university researchers and Canadian agriculture in general has declined by several percentage points.

The 2022 report also includes general recommendations on how Canada’s agri-food sector can improve public confidence in the food system.

https://farmtario.com/news/public-trust-in-canadas-food-system-comes-off-pandemic-high/ Public confidence in Canada’s food system is high due to the pandemic

A certain type of stroke is on the rise 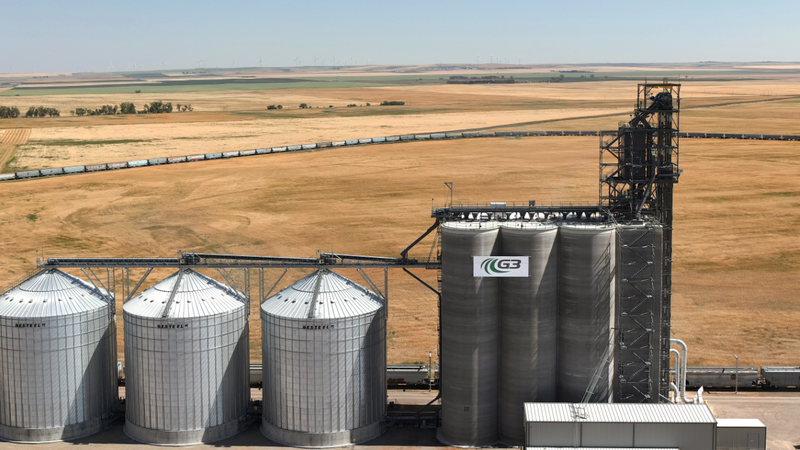 The G3 wins the Elevator of the Year award for the third time. News from the World Dairy Expo: Mounting and evaluation results

Space farming boldly grows food where no one has grown before Farm equipment strategies are becoming complex in a post-pandemic world