Before the latest dustup (Young wants music on Spotify because Rogan used his popular podcast to talk about the coronavirus vaccine), I admit I only knew one of those names – and they weren’t the first two -I have mentioned. Neil Young doesn’t do the kind of music I love. Instead, I was familiar with his name, because he was the irascible guy who made an entire album that opposes Monsanto. He also hates biotechnology and farmers who do not grow organically.

However, he suddenly became a hero to the scientific crowd.

So what’s up? Rogan has long been a television personality, appearing on shows such as NewsRadio in the late 1990s and Fear factor in the early 2000s. It was launched Joe Rogan’s experience podcast in 2009, and now has millions of listeners a week. In 2020, Spotify acquired the exclusive rights to the podcast for $ 100 million. The show covers a wide range of topics, including current events, politics and comedy. Sometimes he is deep in agriculture.

In December 2021, Rogan changed the situation when he invited Dr. Robert Malone, a controversial doctor in infectious diseases, to the show. Malone and Rogan spent three hours telling lies to listeners about COVID-19 and vaccines. It ranged from anti-vaccine nonsense (as the vaccine is more dangerous than the virus) to conspiracy theory nonsense (such as Biden and others did not receive actual camera photos).

And then Neil Young came to the rescue. Young took the pandemic incredibly seriously. So when he found out about Rogan’s show, he asked the record label to remove all his music from Spotify. The movement made headlines and the whole thing became mainstream. Suddenly, other musicians and entertainers, such as Joni Mitchell, Graham Nash, threatened to do the same. Spotify also came under tremendous pressure to cancel Rogan’s podcast altogether (it added tags to certain content, but declined to cancel Rogan).

The whole thing was a little weird because suddenly Young and I were on the same side. I do not agree with everything the government has done in response to the pandemic. I didn’t want Rogan’s show canceled for one episode. But it is dangerous to have a doctor who should – and knows – do better than lie to people about the safety of vaccines.

Unlike me, Young had a way of telling Spotify that he wasn’t happy about it.

However, Young’s hypocrisy was astonishing. He was upset that Rogan had done exactly the same thing he had done a few years ago. Because whether it’s misinformation about vaccines or biotechnology, everything is cut from the same cloth.

I was thrilled to see that I wasn’t the only person who noticed Young’s move. But some writers who have acknowledged this consider it appropriate to dismiss Young’s earlier comments. take this editorial for example. The writer thinks that Young was wrong about biotechnology, he is right that Monsanto is bad and a champion for family farmers (the last one who won an eye from me). So he is mostly right and we can let him slip. (Despite this, I actually agree with the main point of the article.)

We just can’t. Should not be. Vaccine misinformation is bad. So is misinformation about biotechnology, animal husbandry and pesticides. I wish people had risen up against Young just as they did with Rogan (other than me, of course). Not to cancel or end his career, but to reject misinformation and encourage him to learn more (only as Bill Nye did).

There are now more voices in the choir of modern agriculture than there were when Young released an anti-Monsanto album. But we need more. And we all need to keep talking.

Amanda Zaluckyj blogs under the name The farmer’s daughter. Its purpose is to promote farmers and address the misinformation that revolves around the US food industry.

https://www.agdaily.com/insights/perspective-if-only-neil-youngs-anti-biotech-rhetoric-treated-like-rogans-anti-vax-rants/ Perspective: whether Young’s anti-biotechnology position would be treated as Rogan’s anti-vax revelations

Activists have targeted a Karachi highway project, saying it will only exacerbate climate threats

The brains of astronauts were "rebuilt" during space missions 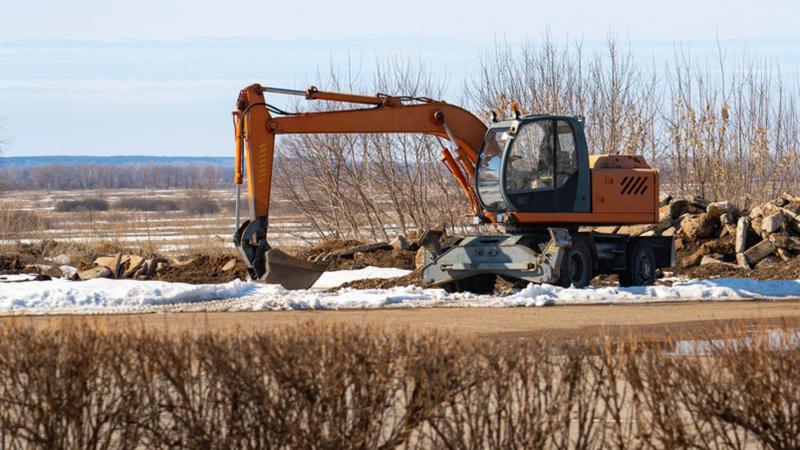 The drier, colder weather generally covers much of Heartland