French company Nexter has announced an order worth 600 million euros from the National Armaments Development Agency (DGA) for the development and production of a new generation of self-propelled howitzer Caesar, which will be designated Caesar 6 × 6 Mark 2 New Generation (NG).

The contract covers four years for the development and testing and subsequent purchase of dozens of self-propelled guns (ACS) to increase the stockpile of ACS “Caesar” in the French army to 109 units. The actual number of new systems to be produced has not yet been determined. Options include either new production of 109 vehicles or production of 33 vehicles and refurbishment / modernization of 76. Either option is required to bring all 109 units into operation by 2031. The contract also provides for an extension of Caesar’s maintenance and support program for two years, extending the current support plan until the end of the decade.

The new version will retain the gun system, but will receive a new chassis Arquus with a more powerful diesel engine with a capacity of 460 hp. (compared to the current 215 hp power plant) and automatic transmission. The truck will receive an armored cab that will comply with ballistic protection in accordance with STANAG 4695 Level 2 and the corresponding level of protection against IED / min. In addition, the new fire control and combat control system, as well as the radio station CONTACT will allow full integration with the regimental base of the French army SCORPION, already adopted by France and Belgium. The plan also envisages the preparation of a new ACS, which will be equipped with a silencer against IED type BARRAGE.

The Caesar Mk2 contract is synchronized with the release of an order to purchase the fourth tranche of the multi-year Scorpion program worth 1.2 billion euros. This procedure applies to 356 Griffin vehicles (including 56 mortars) and 88 Jaguar armored reconnaissance vehicles; both 6 × 6 wheeled cars. This new order brings the volume of French investments in Scorpion in 2021-2025 to about 5 billion euros.

Anniversary of the Queen: 70 years on the throne | The world Sweden ends neutrality, joins Finland in search of a place in NATO The world 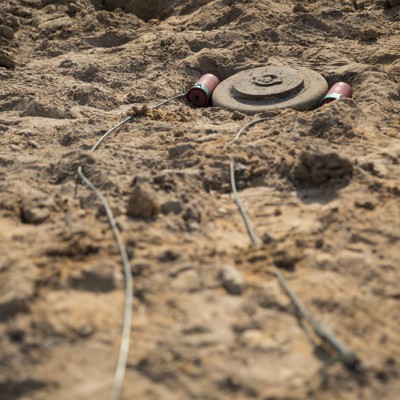 The US remains an exception on landmines