From his first leadership position in 1975 as director of the Texas Agricultural Experimental Station, now AgriLife Research, Clark has left an impression in agriculture and health, as well as in Texas A&M, which will last for generations. Most recently, Clark worked as a special assistant to the vice chancellor for agriculture and life sciences. He has also led several other key areas of Texas A&M AgriLife, making an undeniable positive impact around the world.

The collection of visits and membership will take place on February 23 from 5 to 8 pm at the Hillier Funeral Home in Brian. Funeral services will be held Feb. 24 at 11 a.m. at St. Andrew’s Episcopal Church in downtown Brian.

Texas A&M AgriLife plans to hold a symposium on the impact of Clark’s leadership in April.

Clark was the founding director of the Innovative Small Irrigation Laboratory, which focused on methods and practices to expand the use of small-scale irrigation in Ethiopia, Tanzania and Ghana for the benefit of farmers in the regions. The laboratory is managed by c Norman Borlaug Institute of International Agriculturepart of AgriLife Research.

Clark was the first head of the National Center for Protection against Foreign Animals and Zoonotic Diseases, FAZD, at the University of Texas A&M, now Institute of Infectious Diseases of Animals. FAZD was founded in April 2004 as a center of excellence by the US Department of Homeland Security. Clark was its leader for 12 years.

Clark played an important role in getting Center for Agricultural and Food Policy at the University of Texas A&M established in the mid-1980s under his leadership AgriLife Research.

Prior to becoming a FAZD leader, he was Deputy Dean for Research at Texas A&M College of Veterinary Medicine and Biomedical Sciences and Professor of Veterinary Physiology and Pharmacology.

Clark has authored or co-authored more than 150 scientific publications, including scientific reviews of bioterrorism. He also helped write: Leadership in Agriculture: case studies for the new generation; Volume 1 – Bioterrorism: the deliberate introduction of animal diseases into the spread of pathogens through international trade; and Volume 2 – Bioterrorism: Deliberate introduction of animal diseases.

He spent his career in the U.S. Air Force as a research and development officer, retired as a colonel in 1975 before joining AgriLife Research. While in the Air Force, he conducted research on environmental physiology in support of NASA’s Mercury, Gemini, and Apollo missions and led the Air Force’s research programs to protect the crew from accidental injuries.

He has participated as a volunteer in more than 700 experiments on acceleration, vibration, altitude and thermal stress. He was a project officer on a flight test program to develop the first encapsulated crew ejection system for the B-58 Hustler supersonic bomber.

He also led the Air Force’s overall medical research program for five years, where he was responsible for initiating modern crew development and protecting air bases from chemical and biological weapons. From the Air Force with the rank of colonel retired.

For nearly four decades of exemplary service to international agricultural and rural development, contributing to world poverty reduction and food insecurity, Clark was awarded the Special Merit Award by the Association for International Agriculture and Rural Development in 2013.

He was awarded the Prize of the XII International Veterinary Congress of the American Veterinary Medical Association.

Clark was named a senior researcher at the Norman Borlaug Institute of International Agriculture and a member of the Aerospace Medical Association. He was recognized as an outstanding graduate of the College of Veterinary Medicine of the University of Texas A&M, the Declaration of the Secretary of the Air Force on Outstanding Service and the Award of the Vice Chancellor of Agriculture of Texas A&M.

Get the best profit for your AgriInvest money 15 best children’s pools in the UK On October 4, the fundraiser returns to Leeds Farm 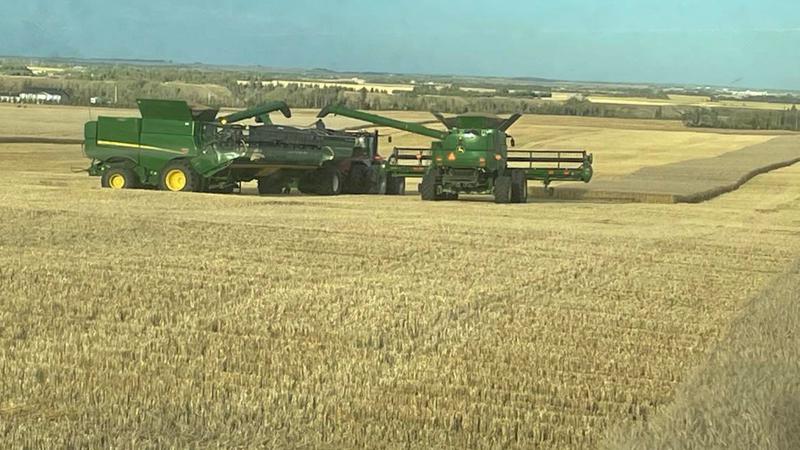