Researchers from the University of Exeter’s Center for Rural Policy Research and the national charity The Farming Community Network (FCN) conducted in-depth interviews with 22 farmers/farm family members and six farm support professionals in Englandin the period from March to July 2021.

Many farmers who were interviewed as part of the study felt undervalued, revealing a sense of ‘disconnection’ between farmers and society as a whole, as well as a general public’s lack of understanding of what farming is all about and its particular pressures.

Research has shown that loneliness is linked to mental health problems such as depression and anxiety.

Some of the interviewed farmers were subjected to abusive behavior, including profanity during the working day.

One farmer, aged between 40 and 49, said: “The demographic situation in the local village has completely changed in the last 20 years. And you get snide comments or something from pedestrians, or you quite often get someone flicking Vs at you on the road or honking because you’re on a tractor going from A to B.

“So you feel like the local community isn’t really your best friend. You feel like a stranger on your own doorstep.”

One farm support practitioner described how she supported farmers in one area where the increase in local population – following extensive development – had left farmers feeling more isolated due to complaints they received about aspects such as noise from cows and tractors.

The research also found that farmers are keen to emphasize the vital role they play in food production and the positive actions they take to care for and improve the environment. However, they feel that they are often forgotten in the media about agriculture and environmental issues such as climate change.

Dr Rebecca Wheeler, Senior Research Fellow at the Center for Rural Policy Research at the University of Exeter, explained: ‘Cultural loneliness refers to feelings arising from feeling different from others in the wider society, including feeling like an outsider or not understood by other cultural groups.

“Worryingly, this type of loneliness appeared repeatedly in participants’ stories, with many farmers describing or alluding to a strong sense of disconnection from the wider community, as well as feelings of being undervalued and misunderstood by government and society.”

Professor Matt Lobley, co-director of the Center for Rural Policy Research at the University of Exeter, added: “The issue of the sense of disconnect between farming and non-farming people has come up repeatedly in our research over several years. We now know that the loneliness and isolation that can result from this affects the mental health of people involved in farming. People in agriculture are key workers and we should all be interested in improving their health and well-being.’

The researchers recommend that there is a need to strengthen links between farming and non-farming communities to avoid farmers feeling isolated from society.

– Expansion of opportunities for interaction of society with agriculture

– A more positive and sympathetic approach from government and regulators when it comes to formulating and enforcing policy and legislation, particularly as the associated paperwork and inspections have long been recognized as key sources of stress for farmers

Dr Jude McCann, CEO of The Farming Community Network, said: “We all rely on farmers three times a day. Unfortunately, many people, especially in urban settings, have very little involvement in agriculture and as a result often have limited understanding of the challenges involved and the hard work and long hours required to ensure food production for the country and at a high level. .

“We hope the results of this research will help encourage people to appreciate their local farmers more and be more aware of what is involved in farming, helping to bridge the gap between farmers and non-farmers and between rural and urban environments. »

The paper, It’s a Lonely Old World: Developing a Multidimensional Understanding of Loneliness in Agriculture, published in the journal Sociologia Ruralis, is available here: https://onlinelibrary.wiley.com/doi/abs/10.1111/soru.12399This project was funded by the Loneliness and Social Isolation in Mental Health Research Network, funded by Research and Innovation UK. High blood pressure can speed up the aging of your bones 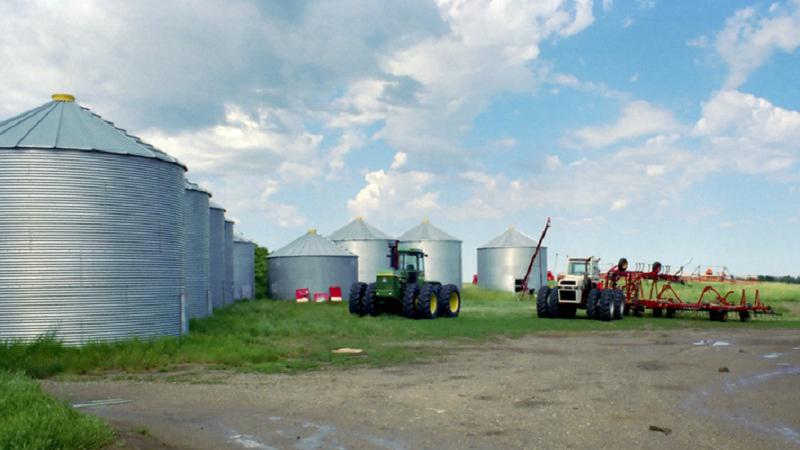 The soil is rich with life – and supports all life above it. But Australian soils need urgent repair