US defense companies Kratos and General Atomics have announced their latest milestones in autonomous anti-aircraft capabilities.

General Atomics said in a recent press release that it has piloted the MQ-20A Avenger using an artificial intelligence (AI) pilot.

It also employed a Lockheed Martin infrared sensor to generate live tracks of adversaries and allow the MQ-20A to avoid them.

“The flight was a huge success and demonstrated a number of ground-breaking capabilities in the race for operational autonomy of the Collaborative Combat Aircraft,” said a General Atomics spokesman. Michael Atwood said.

“It’s exciting to see how artificial intelligence can be used to advance how and where we fly unmanned systems as the battlespace becomes more complex.”

In separate press releaseKratos revealed that he has confirmed 17 different UAV system capabilities after another successful flight test of his Collaborative Combat Aircraft family.

Capabilities include a range of autonomous flight profiles, such as autonomous self-navigation and network-encrypted communications.

The company also confirmed the aircraft’s ability to interoperate with other platforms and carry a variety of weapon systems.

“The Department of Defense (DoD) has consistently communicated, particularly in the past few months, that runway independence and the ability to operate from multiple small bases is critical to the successful operations of our military in the most critical enemy threat scenarios. “, President Kratos Steve Fendley explained. 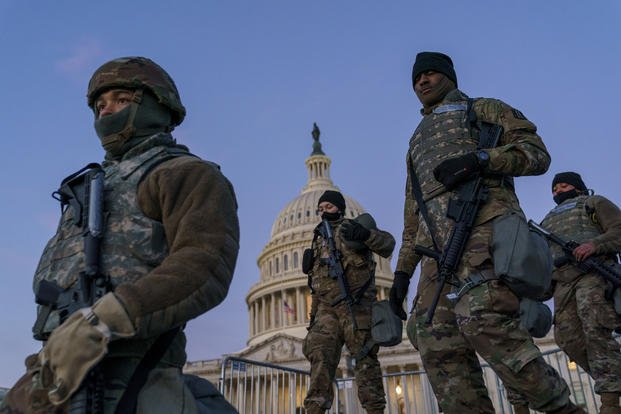 American B-52 bombers made a low strike over Stockholm