While hijackings are relatively rare, preventing them is a daily challenge for both airlines and airport personnel.

There are several safety and security rules to identify and mitigate threats that can occur at all stages of air travel, starting from the moment a potential criminal enters the plane.

Unlike car hijacking or sea piracy, where the main goal of the criminal in most cases is robbery or theft, hijacking an airplane can lead to much more dangerous consequences. There are many examples of unauthorized access to the crew of the pilots, which led to the capture of the pilots and the hijacking of the aircraft, which led to the tragedy. Most cases of hijacking ended in the death of innocent people both on board the plane and on the ground.

So how do airlines prevent their planes from being hijacked?

The first recorded hijacking occurred in 1931 in Peru, when Byron Rickards was flying a Ford Tri-Motor from Lima to Arequipa, where he was approached on the ground by armed revolutionaries. The group wanted the plane to distribute campaign leaflets in the region. However, the pilot refused and was held captive for 10 days. Later he was released.

After this event, the list of recorded aircraft hijackings increased. And only in 2021, at least three cases of kidnapping were registered Statista. The most recent of these incidents occurred in May 2021, when a commercial Ryanair aircraft was intercepted by Belarusian authorities while flying over Belarus en route to Vilnius, Lithuania.

After a number of hijacking incidents throughout history, aviation security regulations have had to be changed, expanded and rewritten.

What is classified as “kidnapping”?

Hijacking is usually the result of events caused by individual passengers or a group of passengers.

The International Civil Aviation Organization (ICAO) defines an unruly passenger as a person who, on the ground or in an aircraft, engages in any act or “course of conduct” that is unlawful under national law or “which may constitute a breach of safety legislation civil aviation”.

ICAO has developed four threat levels to classify disruptive events for passengers that could lead to a “hijacking” (the act of forcibly seizing control of an aircraft in flight).

Depending on the level of threat, ICAO has issued a list of recommendations for airlines on how crew and pilots should respond to safety and security breaches on board. In accordance with these ICAO guidelines, each airline develops its own unruly passenger policy, ensuring that employees make reasonable efforts to protect airline property, personnel and passengers.

The case of “disorderly conduct”

The first and lowest level includes behavior such as inappropriate behavior towards a flight attendant, expressing displeasure by tone of voice or rude gestures, verbal arguments related to requests and instructions from the crew, and violating airline safety regulations.

In such cases, crew members may verbally warn the passenger of the legal consequences of their behavior, which include civil, administrative and even criminal charges.

Of course, the main tool at this stage is excellent conflict resolution, a skill that a crew member hones through consistent training.

Some potentially threatening situations can be easily dealt with even before an unruly person gets on board. A flight attendant is allowed to block disruptive passengers from boarding if some of their actions appear to be dangerous to the crew, other personnel or the aircraft.

If a passenger begins to act in a threatening manner mid-flight, cabin crew are allowed to prevent the passenger from moving on board if their actions are suspicious.

If a passenger begins to use physical force against himself, other persons or aircraft equipment, including verbal threats of physical violence or bodily harm, the flight crew has the right to issue a warning letter so that the passenger can familiarize himself with the consequences.

There are also cases when the captain of the aircraft must participate in the fight against potential threats in the cabin. It is the commander’s responsibility to inform air traffic control (ATC) of what is happening on board in the event that diversion to the nearest airport is necessary.

However, if a person poses a real threat to life by displaying or using a weapon on board (for example, harming himself or someone else, or showing any other signs of menace, intimidation or disorderly conduct), crew members may have the right to consider re-boarding the recalcitrant passenger, separating him from other people on board. In some cases, flight attendants may even use “restraint devices” such as seat belts, duct tape, lanyards and other passenger items to prevent a person from attacking the cockpit. In these extreme cases, the decision will not be considered a violation of rights.

In the most dangerous situation, when a person tries to break into the cabin of the crew, the crew is allowed to use any means to apprehend the trespasser. Meanwhile, the captain must perform an immediate emergency landing at the nearest airport, issuing a request to ATC for the presence of law enforcement agencies on the ground.

How do airlines deal with hijacking?

Following the terrorist attacks on September 11, 2021, when a group of terrorists seized control of four commercial aircraft in flight across the United States, aviation regulators, airlines and aircraft manufacturers adopted a series of procedures to prevent similar catastrophic events in the United States in the future.

As the most protected and vulnerable part of the aircraft is the flight deck, all airlines have strict guidelines regarding when, how and who can open the cockpit doors. Crew door operating procedures are similar for commercial airlines around the world. However, some aspects may vary depending on the model, type, size and individual airline policies.

Access to the cockpit door is usually restricted on the ground and also during flight. Although there are some exceptions for smaller passenger aircraft, the doors of more popular aircraft models such as the Airbus A320, Boeing 737 and larger jets must be locked to prevent boarding by persons other than active crew or other authorized personnel.

Only designated flight crew, cabin crew or technical personnel are allowed to enter the aircraft and the cockpit when the aircraft is on the ground. However, before entering, all staff must provide a special license stating that they are authorized to enter.

The rules are even stricter when the plane is in the air. The crew door will remain closed throughout the flight.

All air carriers establish standard operating procedures (SOPs) that prohibit access to the cockpit during certain phases of flight, such as takeoff, climb, approach, and landing. The primary purpose of doors is to prevent unauthorized access, so each flight deck door has a dedicated flight deck surveillance system and electronic or manual locks operated by the pilots.

What’s so important about a crew door?

As a rule, the door is equipped with three closing modes and is controlled by pilots – “normal”, “unlocked” and “closed”. When the door is set to “normal mode”, it means the cockpit is locked, but can be accessed from the interior of the aircraft when a crew member enters a specific code on the touchpad. This is the most common in-flight mode used by any airline.

Meanwhile, the “unlocked” mode is rarely used as it leaves the doors open and the crew cab can be accessed from both sides.

However, when it comes to a level 4 situation on board, when there is a threat in the passenger compartment, the door switches to the “locked” position. In this case, the locking mechanism will ignore the touchpad input code and remain locked for the duration of the flight unless the pilot intervenes.

A secret kept by every crew member

The locking mechanism on the flight deck door is the most effective tool for preventing someone from seizing control of the aircraft in flight.

While every midsize or larger commercial aircraft is usually equipped with indestructible high-quality bulletproof doors without handles made of anti-corrosion aluminum, some aircraft have an even more sophisticated double door system.

The “airlock” door system, most commonly found on large wide-body airliners, has two doors electronically linked so that both cannot be opened at the same time. This separates the lavatory from the aircraft galley.

Regardless of the type of door used, they are all code protected. So, if you were wondering what the crew members’ biggest secret is, it would be this code.

https://www.aerotime.aero/articles/32224-how-do-airlines-prevent-hijacking how do airlines prevent hijacking?

The Angus Foundation is launching a lot donation program 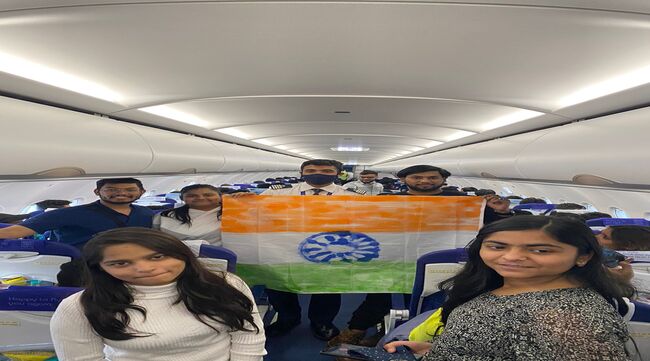 Brian Power will be appointed EVP for Fleet Operations at NAC

A Transavia B737 was seriously damaged when it landed in Tunisia