Thirteen German warplanes were on their way to Australia on Tuesday as Germany seeks to boost its presence in the Indo-Pacific amid rising tensions with China.

Six Eurofighter jets and seven military transport planes were due to land in Singapore on Tuesday before heading to Australia as part of a mission called Rapid Pacific 2022.

The fleet will take part in exercises in Australia and Singapore before stopping in Japan and South Korea on the way back to Germany, the German Air Force said.

The Luftwaffe’s first deployment to the region comes amid heightened tensions between Beijing and the West after China began military exercises around Taiwan following a visit earlier this month by US House Speaker Nancy Pelosi to the self-ruled island.

The purpose of the mission is for the Luftwaffe to “test its compatibility with allies inside and outside NATO in the Indo-Pacific region,” the German military said.

Germany has sought to increase its presence in the Indo-Pacific region and in August 2021 sent a frigate to the region for the first time in almost 20 years.

Six Eurofighter fighters and around 250 German soldiers will take part in two exercises in Australia, known as Pitch Black and Kakadu.

The missions will include both air-to-air and air-to-surface combat exercises, including training in air defense of ships. A Turkish military delegation will visit the US for reactive talks


A Turkish delegation will visit Washington next week to fulfill US President Joe Biden’s promise to supply F16 fighter jets to Turkey’s aging air force, Ankara said on Tuesday. Turkish Defense Minister Hulusi Akar said the team would arrive in Washington on Monday at the invitation of unnamed US officials. But he stressed that Ankara remains firmly opposed to the terms of the sale imposed by leading members of Congress, who are worried about Turkey’s strained relationship with Greece. “We cannot accept… read on 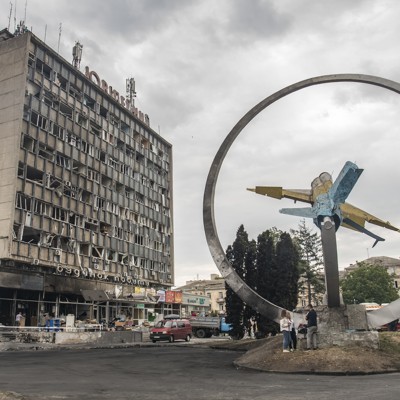 Researchers are using a quantum approach to increase lidar resolution The US says Russia is receiving Iranian combat drones, many of which are malfunctioning

Donald Trump, Texas Gov. Greg Abbott is going to speak at an NRA convention after a fatal shooting at a school