A huge crater, several meters deep, in the empty land strewn with wild grass, is the witness of this week’s shelling of the Yuzhno-Ukraine power plant in southern Ukraine, the latest sign of nuclear risk in the war-torn country.

Small fragments of gray metal, similar to the fragments of rockets and projectiles that littered countless Ukrainian places damaged by the fighting, littered the loamy earth torn up by the impact.

A few dozen meters from the gaping hole in the building, which AFP was not allowed to visit during a media visit organized by Ukraine’s nuclear energy agency Energoat, its doors and windows appeared to have been blown out.

“That’s where the sound of the explosion came from,” said Ivan Zhebet, head of security at the South Ukrainian plant in southern Mykolaiv Oblast.

Then Jebet pointed in the direction from where the projectile had come.

Compass readings taken by an AFP journalist indicated that the fire was coming from the southeast, an area under Russian control.

On the other side of the crater, another building was less damaged, but without most of the windows.

The shell hit shortly after midnight on Monday, minutes after an airstrike warning sounded in nearby Yuzhno-Urainsk, a city that had been relatively calm until then.

Residents told AFP they heard a thump and lights in their homes flickered on and off, indicating the power supply was down.

Others said they saw a flash of light in the sky.

Residents interviewed by AFP were all worried that the nuclear site, which directly employs 6,000 of the city’s 42,000 population and indirectly employs many more, would be affected.

They also expressed fears that the conflict could trigger a disaster similar to what happened at the Chernobyl power plant in northern Ukraine in 1986, the world’s worst nuclear disaster to date.

South Ukraine is the third nuclear facility to be caught up in the conflict that began with Russia’s invasion in February.

At the start of the war, fighting raged around Chernobyl, and Europe’s largest nuclear facility, the Zaporizhia nuclear power plant in Russian-controlled territory, became a hot spot for concern after attacks there were all but announced.

The Ukrainian army rejects the idea that the attack on Southern Ukraine could have been accidental.

A missile “appearing to be an Iskander” targeted the installation, according to a Facebook post on Monday.

According to Pierre Grasser, a Paris-based Russian defense expert, it is possible that the targets were cable networks, transformers or air defense systems, which the Ukrainians and Russians often place near strategic facilities.

“The Iskander ballistic missile system is quite accurate – on the order of 20 meters,” Grasser told AFP.

The terrorist attack on Monday was not the first close call at the South Ukrainian plant since February.

Shortly after the invasion, as Russian troops sought to break through Mykolaiv and reach the strategic Black Sea port of Odessa, they advanced on Vozniasensk, just 25 kilometers (15 miles) from the nuclear installation.

Several buildings in Yuzhno-Urainsk were damaged by shells, and the Ukrainian army destroyed the main bridge to prevent the Russian advance.

But Monday’s bombing “shocked” her, she added.

“The danger is really terrible. If something happened (in Southern Ukraine) or in Zaporizhzhia, the accident in Chernobyl would be almost minor” by comparison. https://www.spacewar.com/reports/War_fears_at_another_Ukraine_nuclear_site_999.html Fears of war at another Ukrainian nuclear facility

On this day, July 2: The millionth Corvette rolls off the assembly line 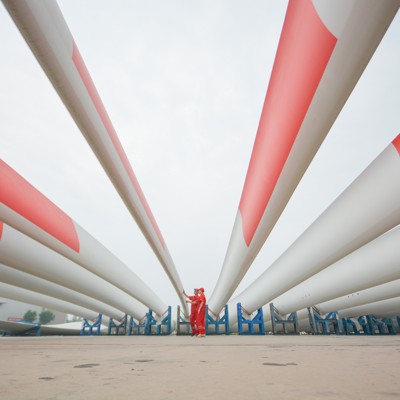 In August 2022, the level of employment in the military industry increased