Before we talk about special relationships, Atlanta-based on Delta Air Lines was from the Boeing 727, let’s first take a close look at the plane and see how it came to be. In the late 1950s and early 1960s, America’s three largest airlines, United Airlines, Eastern Airlines, and American Airlines, were looking for a jet for airports with short runways.

Eastern Airlines, which operated many flights to islands in the Caribbean, wanted to three-engine plane to perform ETOPS requirements. At the time, twin-engine jets were limited to flying no more than 60 miles from a suitable airport for an emergency landing. In the end, all three converged on a three-engine Boeing 727.

The Boeing 727 had some unique characteristics

Knowing that the plane would be flying from smaller airports with fewer facilities, Boeing came up with some unique features. The Boeing 727 had its own auxiliary power plant (APU). This meant that the aircraft could run air-conditioned and run its engines without the need for an external power source.

To facilitate the boarding and unloading of passengers, the 727 had a ramp that opened from the rear of the fuselage. For this reason, hijacker DB Cooper chose the 727 as his escape plane, knowing that he could open the rear stairs in flight and parachute out. Another unique feature of the Boeing 727 was the additional brakes on the nose landing gear to help the aircraft stop more quickly on small runways.

The first customer was Eastern Airways

The first Boeing 727 entered service with Eastern Airlines on February 1, 1964 and was immediately deployed on the route Miami, Washington, DC, Philadelphia. As for Delta Air Lines, it did not receive its first Boeing 727 until the carrier merged with Northeast Airlines on August 1, 1972. Speaking at the time about the addition of the Boeing 727 to Delta’s fleet, Delta Air Lines Aviation Museum quotes the following:

“The 727 has been a fixture in Delta’s fleet for many years. It’s popular with our passengers, and its modern, quiet and fuel-efficient engines help us keep ticket prices down while being a good neighbor at the airports we serve.”

With the aircraft’s original 131-seat configuration, Delta was able to increase its capacity to New York’s LaGuardia Airport (LGA) and what was then called Washington National Airport (DCA). Both airports have been closed to four-engine aircraft like the 707, making the 727 trijet an ideal option.

Eventually, other airlines began to choose the Boeing 737 and the larger Boeing 757, leaving Delta as the last operator of the Boeing 727. The last commercial flight of the American carrier’s aircraft took place on Sunday, April 6, 2003, when a Delta 727 departed Hartsfield-Jackson Atlanta International Airport ( ATL) to Piedmont Triad International Airport in Greensboro, North Carolina. 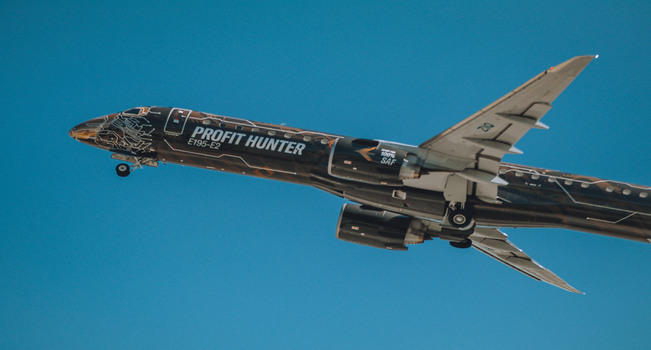