I first attended the Air, Space & Cyber ​​Conference of the Air Force Association in 2006, and a lot has changed—and stayed the same—over the past 16 years.

This week’s conference seemed to be the biggest of them all about 16,000 registered. Trying to navigate the crowded hallways and showroom floor was difficult at times.

But this year’s conference also provided time to reflect on what has changed and what hasn’t. For me, the biggest change in the exhibit hall was seeing new technologies and systems being developed by companies on their own dime. There were years – I mean the beginning of the last decade, let’s call it the era of sequestration – when there was not much new. Companies brought the same to the show. Maybe there was a conceptual image or model of something they were trying to build, but nothing tangible or concrete.

This year, several companies said they were making their own investments in developing new technologies and weapons for the Air Force. That’s a big shift from the days when companies waited for the Air Force to lay out a complete set of requirements and launch a funded acquisition program before starting to bend the metal, so to speak.

At a press conference on Monday, I asked Air Force Secretary Frank Kendall his thoughts on why companies are making investments in efforts that aren’t so-called programs of record. He specifically attributed the answer to his seven “operational imperatives“-the same technology that he considers necessary to win future wars.

“One of the things that seems to have been accomplished by the operational imperatives is that I’ve identified the problems that we’re trying to solve, and that’s given the industry some information that they can use to make their own investments,” he said. “I think they responded to that.”

While Kendall admitted that “you’re always taking everything new that you say at face value,” he’s now “seeing some real action and content.”

“I see people putting forward some innovative ideas that we definitely want to look at,” he said. “So I’m really excited about that. What I’ve said to the industry over and over is I don’t want you to wait for the RFP to come out, I want you to think about how to solve our problems. If we accept your solution to our problems, it will obviously give you a head start. So it’s in your best interest to think ahead of us and implement his creative ideas.”

So why is the industry responding to Kendall’s operational imperatives and his reporting now, as opposed to when he was head of Pentagon acquisitions during the Obama administration? “I didn’t write the demands,” he said. But, “I have a lot more to do with the requirements and the budget.”

The Air Force is also trying to figure out how much it can afford.

During the Cold War era, Kendall said, industry and government worked “much more closely together to solve problems. I don’t think we’ll ever go back to that completely because of the ethical constraints we have, but I think we could do a much better job than we’ve done for the last 20 to 30 years.”

AFA news includes: First, it’s the Air Force it is planned to present a low-profile B-21 bomber the first week of December. Since the plane’s first flight isn’t expected until 2023, it’s probably safe to say that it will be produced at the Northrop Grumman factory in Palmdale, California. As I mentioned earlier this week, the Reagan National Defense Forum takes place the first weekend of December, about an hour away in Simi Valley. Dozens of defense personnel will already be on the West Coast, and it’s safe to say many more will be on deployment as well.

Next is the Air Force KC-46 refueler was enabled for worldwide deployment, Air Mobility Command commander Gen. Mike Minihan said Monday. “We are ready to use this aircraft all over the world in any fight without hesitation,” Minihan said. The only aircraft that cannot be refueled from the KC-46 is the A-10 attack aircraft. The plane will not be formally recognized as combat-ready for a number of years, until Boeing makes fixes to the tanker’s refueling cameras, called the remote vision system. But on any given day, about a dozen KC-46s appear to fly over the United States, according to flight tracking programs.

Interestingly, a new bomber and a tanker were among the main problems back in 2006. The leaders of the Air Force insisted on this get a new bomber before 2018. Four years after that goal, the Air Force is getting closer to reality. And of course, who could forget the tanker. “The Air Force needs to start buying new tankers now because it will take decades to replace the aging KC-135 Stratotankers, the Air Force secretary said,” the report said. host of the story af.mil. Here full agenda from the so-called Air & Space conference in 2006. It’s worth a look.

Back to this week’s showroom, several contractors presented new company-funded projects. L3Harris Technologies’ plan to convert an Embraer-built KC-390 tanker into an aerial refueler with a refueling boom has attracted a lot of attention. The L3Harris offers a twin-engine tanker as the refueling aircraft needed in a war with a similar adversary because it can land at more airfields than the large tankers in use today by the Air Force and other armed forces around the world. So what do Air Force leaders think of the KC-390? “We don’t have a requirement for that at this point, but I would certainly sit and listen,” said Gen. Duke Richardson, head of the Air Force Materiel Command.

Boeing and Red 6 announced they are “collaborating on the development of advanced air-to-air combat technologies and training on modern tactical aircraft,” the augmented reality startup said in statement. The partnership, announced on the sidelines of AFA, could lead to the use of Red 6 technologies on T-7 trainers and F-15EX fighters.

Not in AFA, Switzerland has signed a deal to buy 36 F-35 fighter jets. More on that here.

If the US cannot provide Kiev with Western aircraft, it has a plan B.

The company and its partner Northrop Grumman were selected over bids from Boeing and Lockheed Martin.

The three-year-old twinjet will be an “agile tanker,” says L3 CEO Harris.

But the Pentagon watchdog is already unhappy with the way the equipment is being tracked. 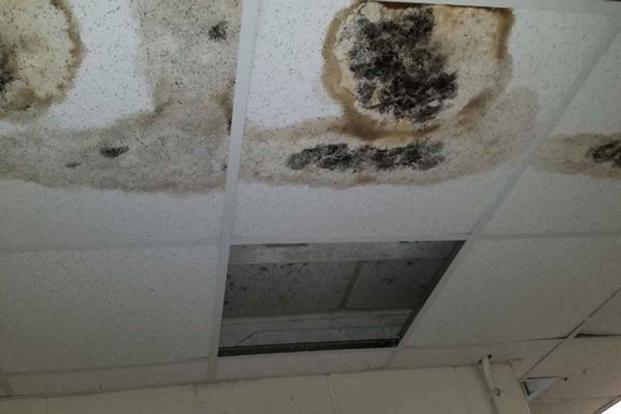 Problems with mold, poor housing conditions for the troops expanded. What can Congress do? 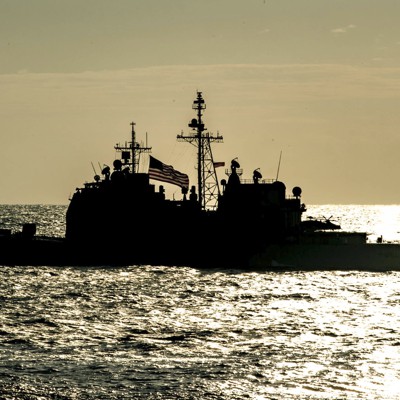 Aerospace and Defense Sector: Number of Cloud Computing Mentions Decreased by 58% in Q4 2021 The New York Guard trains with the Brazilian military