China said on Friday it was canceling several defense meetings and suspending key climate talks with the United States after US House Speaker Nancy Pelosi’s visit to Taiwan this week.

Beijing will “suspend China-US climate change talks” and abandon plans for a call between the military leaders and two security meetings, the State Department said, citing Pelosi’s “ignorance of China’s strong opposition and strong statements” during a visit to Taiwan.

China and the United States – the world’s two biggest emitters of carbon dioxide – unveiled a surprise climate agreement at the COP26 summit in Glasgow last year.

They pledged to work together to accelerate climate action this decade and promised to meet regularly to “solve the climate crisis”.

China views self-ruled democratic Taiwan as part of its territory and has vowed to one day seize it, by force if necessary.

In the run-up to and after Pelosi’s visit, Beijing has responded with flamboyant threats and military exercises, which it sees as an unacceptable escalation of ties between Washington and Taiwan’s current pro-independence leaders.

The Foreign Ministry said on Friday it was suspending cooperation with Washington on the repatriation of illegal migrants, legal aid and transnational crime, as well as the fight against drugs.

He previously said he would impose unspecified sanctions on Pelosi and her family.

The ministry said Pelosi was “seriously interfering in China’s internal affairs and seriously undermining China’s sovereignty and territorial integrity” with her visit and that Beijing would “implement sanctions against Pelosi and her immediate family,” without giving further details.

In recent years, China has sanctioned a number of US officials for acting against what it sees as its core interests and speaking out on human rights issues in Hong Kong and the northwestern region of Xinjiang, often without prompting. measure of punishment.

In March of this year, Beijing said it was imposing visa restrictions on an undisclosed list of United States officials who allegedly “made up lies on China-related human rights issues.”

Former US Secretary of State Mike Pompeo, as well as former President Donald Trump’s trade adviser Peter Navarro, were among those affected by earlier waves of sanctions and are banned from entering China and doing business with Chinese entities.

Beijing’s ruling Communist Party views self-ruled democratic Taiwan as part of its territory and has vowed to one day seize it if necessary by force.

The Chinese government responded in the run-up to and after Pelosi’s visit with bombastic threats and military exercises, which it sees as an unacceptable escalation of ties between Washington and Taiwan’s current pro-independence leaders.

Pelosi’s pledge Friday that the United States “will not allow” China to isolate Taiwan came just months after President Joe Biden repeatedly said that U.S. forces would defend the island militarily if China tried to take control of it. .

Here’s a summary of that foreign policy stance and why relations between the United States, China, and Taiwan are so fragile:

The deep rift between Beijing and Taiwan dates back to the Chinese Civil War, which erupted in 1927 and pitted forces affiliated with the Chinese Communist Party against the Nationalist Kuomintang (KMT) army.

Eventually defeated by Mao Zedong’s Communists, Kuomintang leader Chiang Kai-shek fled to Taiwan, which was still under his control.

From there, Chiang continued to lay claim to all of China’s territory – just as the mainland claimed Taiwan as part of its territory, to be recaptured one day if necessary by force.

Since the late 1990s, Taiwan has transformed from an autocracy to a vibrant democracy, and a distinct Taiwanese identity has emerged.

Washington severed official diplomatic relations with Taiwan in 1979, recognizing Beijing as the sole representative of China and making the mainland its main trading partner.

But at the same time, the United States has maintained a crucial, if sometimes delicate, role in supporting Taiwan.

Under a law passed by Congress, the United States must sell military supplies to Taiwan to help it defend itself against Beijing’s much larger armed forces.

But it has maintained “strategic ambiguity” over whether it will actually intervene militarily, a policy aimed both at preventing a Chinese invasion and at Taiwan ever formally declaring independence.

There is now a growing bipartisan debate in Washington over whether a shift to “strategic clarity” is preferable, given Beijing’s increasingly belligerent approach to cross-strait relations.

Beijing has become much more assertive toward Taiwan under President Xi Jinping, and the past two years in particular have seen a surge in incursions by Chinese warplanes into Taiwan’s air defense identification zone.

And Russia’s war against Ukraine has heightened fears that China may one day follow through on threats to annex its smaller neighbor.

On Friday, China surrounded the island with a series of massive military exercises, drawing rebuke from Taipei, the United States and other democracies.

However, analysts generally agree that, for all its aggressive stance, Beijing does not yet want an active military conflict against the US and its allies over Taiwan.

US policy towards Taiwan has always been based on diplomatic nuances.

In the so-called “one China policy”, Washington recognizes Beijing, but only recognizes China’s position that Taiwan is part of China.

This leaves both sides to work out a solution while opposing any use of force to change the status quo.

In practice, Taiwan enjoys many of the benefits of full diplomatic relations with the United States.

Although there is no US embassy in Taipei, Washington operates a center called the American Institute in Taiwan.

In the United States, diplomats of the island enjoy the status of employees of other states.

Only 13 countries, all in the developing world, and the Vatican still recognize Taiwan.

Beijing has tried its best to stop any international recognition of the island.

It rejects any use of the word Taiwan, such as when Lithuania allowed Taipei to open a de facto embassy under its name last year, lest it give the island a sense of legitimacy on the world stage.

The United States and a growing number of countries are pushing for Taiwan to be included in UN bodies such as the World Health Organization. 
Sri Lanka on Tuesday brushed off India’s concerns over the planned visit of a Chinese ship, saying it was only coming to refuel and resupply. The research vessel Yuan Wang 5 is scheduled to dock at the Chinese port of Hambantota in southern Sri Lanka on August 11, according to analytics website MarineTraffic. Indian media reported that New Delhi feared the vessel would be used to spy on its activities and that it had lodged a complaint with Colombo. It is a dual purpose device… read on

https://www.spacewar.com/reports/China_says_ending_cooperation_with_US_on_multiple_issues_999.html China ceases cooperation with the US on many issues; Pelosi sanctions

What is an intangible asset? Definition and Type (2022)

The UK is looking for a lightweight Javelin command launcher

Ferdinand Marcos Jr., son of former dictator, sworn in as president of Philippines 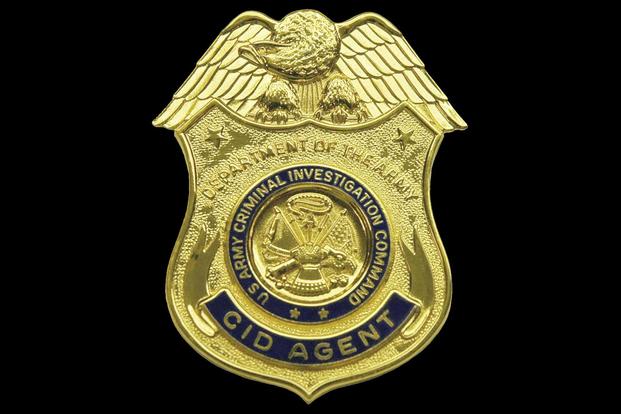 During the pandemic, there were more cases of “extortion” of soldiers, according to army statistics

Oklahoma has 25 executions scheduled for August