Until recently, so-called “rights of nature” provisions that confer legal rights to rivers, forests and other ecosystems have been mostly symbolic. But late last year, Ecuador’s top court changed that. In a series of court decisions, the Constitutional Court translated the country’s 2008 constitutional rights of nature provisions into reality, throwing the future of the country’s booming mining and oil industries into question.

The most important of the decisions came in the Los Cedros case, where the court blocked a mining project in a protected forest, finding that it violated the rights of nature.

The ruling sent shock waves through the mining community, with industry representatives denouncing the decision for upending existing environmental law. But for environmentalists, the case set an important precedent, requiring industry and the government to undertake “precautionary and restrictive” measures, like carrying out detailed scientific studies, to ensure a project’s activity does not harm fragile ecosystems and endangered species.

In cases where there is scientific uncertainty about the environmental effects of a project, as in Los Cedros, the rights of nature may prevent the project from going forward. The ruling marks a sea change in the way that extractive industry projects will be approved in Ecuador, shifting the burden to industry to prove its actions are not harming fragile ecosystems.

To help make sense of the 117-page Los Cedros ruling, Inside Climate News spoke with Ecuadorian attorney Hugo Echeverria about the case and the rights of nature movement in Ecuador. Echeverria, based in Quito, works with the U.S.-based Center for Democratic and Environmental Rights and has practiced and taught environmental law in Ecuador for more than 20 years.

This interview has been edited for clarity and length.

In 2008, Ecuador became the first nation to give nature constitutionally protected rights. How did that happen?

There is a very negative environmental history in our country with serious cases of pollution. People realized that environmental rules and regulations weren’t being effective. That got some politicians and civil society [activists] thinking about how to change the situation.

Ecuador is also a country with strong rights for young people. They can vote at the age of 16 and the rights of nature resonated with the youth vote in a major way.

The role of Indigenous peoples also played an important role. Ecuador is a pluralistic country and Indigenous peoples are recognized and respected here. They have reasonable representation in all areas of society—the judiciary, the executive, arts, sports, everything. In 2008, they were able to move forward and include their philosophical concept of wellbeing, sumak kawsay, and the idea that nature is not an object, but rather is a new rights holder.

Even so, the inclusion of the rights of nature in the constitution came as a surprise to a lot of people. In 2008, it wasn’t on the political agenda and no one took it seriously, at least no one in the mainstream. People in power looked at it as something frivolous. Now, a decade later, they’re realizing the reality of what those constitutional provisions mean.

Can you say more about Ecuador being a pluralistic society? What has made it so?

Today, Ecuador exists on what was the territory of many Indigenous groups, even before the Incas. These groups maintained their identity even when they were colonized by the Incas, and then by the Spanish. Hundreds of years later, they remain and have kept their own identity. Today, they transmit that identity to new generations and to non-Indigenous people living in Ecuador.

It’s also important to know that Ecuador’s society is the outcome of Spanish colonization mixed with Indigenous groups. There wasn’t a destruction of Indigenous people, but a mixture. Similar mixtures happened in Peru, Colombia and throughout Latin America.

Another interesting feature is that Ecuador includes the Indigenous language of Kichwa and Shuar as an official language alongside Spanish. It is part of our communication system.

In recent months, there have been a series of Constitutional Court decisions in Ecuador interpreting the constitutional rights of nature. In February, the court also ruled that Indigenous peoples have final say over extractive projects that affect them. Can you give some background on Ecuador’s Constitutional Court?

The Constitutional Court is the most important court in the country. It’s like the U.S. Supreme Court, but specifically for constitutional matters.

Ecuador’s 2008 constitution gave that court the power to interpret the constitution. That power is common in the United States, but it is something new for Ecuador and has been very important for rights of nature cases. The Constitutional Court’s rulings in a case not only affect that case, they also establish legal precedent.

Society sees the Constitutional Court as highly legitimate and honorable because all of our judges are respected scholars, attorneys and people of high prestige who have an expertise in constitutional law. Even those who lose constitutional cases realize and acknowledge that the reasoning of the court is very strong.

How did the Constitutional Court’s rulings on the rights of nature come about?

The legislature never did that. They never did their job to say how you put the rights of nature into practice. But Ecuador has a system that allows anybody to have legal standing to ask a court to enforce a constitutional right. So people began suing on behalf of nature. We have three groups doing it: environmentalists, Indigenous groups and campesinos, who are people from rural areas.

Judges have never encountered rights of nature claims before and initially we had some good decisions and some bad decisions in the lower courts. But the cases worked their way up through the appeals courts. Eventually, the cases reached our Constitutional Court.

The absence of legislation on the rights of nature was the best thing that could have happened for mother Earth because judges who are experts in constitutional law, and not politicians, are the ones giving these rights content. And that content has been very legally solid.

ICN provides award-winning climate coverage free of charge and advertising. We rely on donations from readers like you to keep going.

You will be redirected to ICN’s donation partner.

Let’s talk about the Los Cedros case, where the Constitutional Court ruled in December that permits issued to Enami, Ecuador’s state mining company, and its Canadian partner, Cornerstone Capital Resources, for exploratory operations within the Los Cedros protected area violated the rights of nature. What was behind that decision?

The main issue in this case was whether activities permitted by the state in fragile ecosystems, which are also the habitat of species threatened with extinction, violated the constitutional rights of nature.

One of the constitution’s rights of nature provisions, in Article 73, requires the state to apply precautionary measures and restrictions on activities that may lead to the extinction of species. The court ruled that the government did not meet its obligation to take precaution in this case.

The judges said that the government, before issuing permits, should have to be very careful in checking what the ecological impacts of the permitted activity are. This is very important because it changes the burden of proof from general environmental law. Environmental law says you can do anything you want as long as you have a permit, such as exploring for minerals right in the habitat of endangered species.

In the Los Cedros case, the activity in question was exploratory mining activity. According to environmental law, that activity has a low environmental impact and so companies can file a petition online and get a permit in a very short period of time. But the court said, wait a minute, this system isn’t designed to include a precautionary approach. As is, the system is a bureaucratic approach. But the constitution requires the government to have substantive procedures in place that really assess what is going to happen with endangered species on the brink of extinction.

How will the Los Cedros case affect the way government agencies handle the permitting of mining and other extractive activities?

The whole system has to change. I hope we can talk a year from now because Los Cedros is part of a number of decisions that the court has been issuing since September of last year. The court is creating what we call ratio decidendi, legal reasoning, that says respect for the rights of nature has to be taken seriously. It is also telling the legislature that it must legislate in accordance with science and engineering, not politics.

It is important to understand that the Los Cedros decision is not a decision against mining. The court didn’t say mining is an illicit activity. Extractive activity can still happen under certain conditions. The idea that the rights of nature are designed to stop extraction is not true. The constitution of Ecuador acknowledges the possibility of conducting mining activities in the country. Mining activities are also under the umbrella of the constitution, like oil extraction, farming and fishing.

There is a dilemma, of course. The president [Guillermo Lasso] is promoting mining as the best economic activity for the country. But the court is setting really high standards, standards that are higher than environmental legal standards. And the court is saying that those standards apply throughout the country where there are fragile ecosystems and endangered species.

How has the mining industry responded to this ruling?

During the case, they put up very solid legal arguments. The court took note and answered their arguments in its ruling. This gives the court’s decision even more strength.

But of course, those industries are not happy with the decision. It affects their interests. Their main argument is what we call legal security, they claim that the rules were changed after they had been set. While the case was ongoing, their lawyers told the court that if they received an adverse ruling, they may take the case to investor-state dispute resolution in an overseas arbitration tribunal.

What else should people know about this case and what Ecuador’s Constitutional Court is doing with the rights of nature?

I’m not saying the court is perfect. But, it got this case right. This isn’t about nature as a resource, but nature as Mother Earth, as having intrinsic value and therefore the standards the court applied are substantial. Katie Surma is a reporter at Inside Climate News focusing on international environmental law and justice. Before joining ICN, she practiced law, specializing in commercial litigation. She also wrote for a number of publications and her stories have appeared in the Washington Post, USA Today, Chicago Tribune, Seattle Times and The Associated Press, among others. Katie has a master’s degree in investigative journalism from Arizona State University’s Walter Cronkite School of Journalism, an LLM in international rule of law and security from ASU’s Sandra Day O’Connor College of Law, a J.D. from Duquesne University, and was a History of Art and Architecture major at the University of Pittsburgh. Katie lives in Pittsburgh, Pennsylvania, with her husband, Jim Crowell.

https://insideclimatenews.org/news/21022022/rights-of-nature-laws-ecuador/ Can Rights of Nature Laws Make a Difference? In Ecuador, They Already Are Ways to combat the inflationary environment 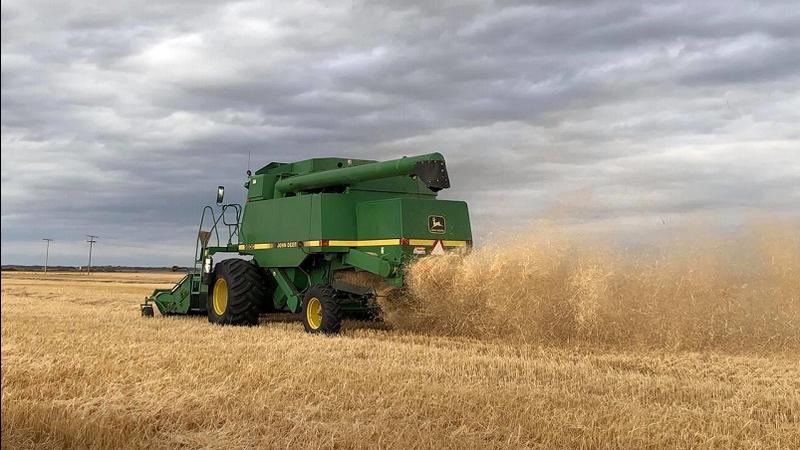