Here are today’s top stories, celebrity birthdays and a look back at this date in history.

President Joe Biden says the risk of nuclear “Armageddon” is at the highest level since the 1962 Cuban Missile Crisis, as Russian officials speak of the possibility of using tactical nuclear weapons after suffering massive setbacks in the eight-month invasion of Ukraine. Speaking at a fundraiser Thursday for the Democratic Senatorial Campaign Committee, Biden said Russian President Vladimir Putin was “not joking when he talks about the use of tactical nuclear weapons or biological or chemical weapons.” Biden added, “We have not faced the prospect of Armageddon since Kennedy and the Cuban Missile Crisis.”

President Joe Biden is pardoning thousands of Americans convicted of “simple possession” of marijuana under federal law, as his administration takes a dramatic step toward decriminalizing the drug and addressing charging practices that disproportionately impact people of color. He is also calling on governors to issue similar pardons for those convicted of state marijuana offenses, which reflect the vast majority of marijuana possession cases. Biden says the move reflects his position that “no one should be in jail just for using or possessing marijuana.” He says his action will ease the consequences for “people who have prior Federal convictions for marijuana possession, who may be denied employment, housing, or educational opportunities as a result.”

Hurricane Ian’s death toll has climbed into the triple digits. The number of recorded storm-related deaths rose Thursday to at least 101 in the eight days since the storm made landfall in southwest Florida. Of the total deaths, 92 were in Florida, according to reports from the Florida Medical Examiners Commission. Other storm deaths include five in North Carolina, three in Cuba and one in Virginia. Ian is the second-deadliest storm to hit the mainland United States in the 21st century behind Hurricane Katrina, which left more than 1,800 people dead in 2005. The deadliest hurricane to ever hit the U.S. was the Great Galveston Hurricane in 1900 that killed as many as 8,000 people.

The piping-hot U.S. job market may be cooling off, if only slightly. But what business managers, policymakers, investors and economists want to know is this: How cool would be cool enough for the inflation fighters at the Federal Reserve to begin to ease their aggressive interest rate hikes? The government’s jobs report for September, coming Friday morning, is expected to show that employers added 250,000 jobs last month. That would be the lowest monthly gain since December 2020 and would mark a drop from an average of 438,000 from January through August. Yet by any historical standard, it would still amount to a healthy total.

The nuclear-powered U.S. aircraft carrier USS Ronald Reagan has begun a new round of naval drills with South Korean warships. The two-day training that began Friday came a day after North Korea fired two ballistic missiles toward the sea and flew 12 warplanes near the border in an escalation of its weapons tests. The Reagan and its battle group returned to the waters near the Korean Peninsula after North Korea earlier this week launched a nuclear-capable missile over Japan in response to the carrier group’s earlier training with South Korean navy ships. North Korea views U.S.-South Korean military exercises as an invasion rehearsal. South Korea’s military says the latest drills occur off the peninsula’s east coast.

Relatives grieving staggering loss created a makeshift altar of flowers, juice boxes and a stuffed animal at a day care center where a fired police officer slaughtered dozens of people. The entire country reeled in the wake of Thursday’s grisly knife and gun attack in a small town in one of the nation’s poorest regions. At least 24 of the 36 people killed in the assault were children. It was Thailand’s deadliest mass killing. Royal and government representatives in white uniforms laid wreaths at ceremonial tables in front of the center’s main door.

Democratic Sen. Mark Kelly distanced himself from President Joe Biden during his first and only debate against Republican Blake Masters on Thursday. Kelly called the U.S.-Mexico border “a mess” and says his party doesn’t understand border issues. Masters, meanwhile, tried to back away from some of the hard-line positions he took during the bruising GOP primary. He said there should be some limits on abortion but not a national ban, conceded after a few prompts that Biden was the legitimately elected president and acknowledged that he hadn’t seen evidence the 2020 vote count was rigged. The debate was a chance for Masters to reset the campaign, with polls showing he’s trailing.

Georgia Republican Senate candidate Herschel Walker is remaining defiant after reports alleging he encouraged and paid for a woman’s 2009 abortion — and later fathered a child with her. Digging in on his denials of reporting by The Daily Beast, Walker, a football icon turned celebrity politician, blamed the stories Thursday on Democrats and their “desperation.” The Daily Beast has reported that a woman Walker was dating had an abortion that he encouraged and paid for. After Walker’s vehement denials, she spoke to the news outlet again identifying herself as the mother of one of Walker’s children. As a Senate candidate, Walker has backed a national ban on abortion without any exceptions.

Police say an attacker killed two people and wounded six others in stabbings along the Las Vegas Strip. Yoni Barrios, 32, was booked on two counts of murder and six counts of attempted murder late Thursday. Police say three people are hospitalized in critical condition and another three are stable after the stabbings that started across the street from the Wynn casino and hotel. Police say Barrios used a large kitchen knife in Thursday morning’s attack. Witnesses told Las Vegas TV stations that some of the victims appeared to be showgirls or street performers who take pictures with tourists on the Strip.

Authorities say the suspect in the kidnapping and killing of a central California family was a former employee who had a longstanding dispute with them. Relatives of the slain family told investigators that Jesus Salgado had sent angry text messages or emails about a year ago after working with their trucking business. Authorities say Salgado kidnapped an 8-month-old baby, her parents and uncle on Monday. Their bodies were found in an almond orchard on Wednesday. Authorities say Salgado also tried to kill himself. He released from the hospital and booked into the county jail Thursday night on suspicion of kidnapping and murder.

A University of Arizona professor who authorities say was fatally shot on campus by a former graduate student was an expert on desert water issues who faculty and former students described as a kind and brilliant colleague. School officials identified Thomas Meixner, who had headed the school’s Department of Hydrology and Atmospheric Sciences, as the victim in Wednesday afternoon’s shooting. According to campus police, someone called 911 asking for police to escort a former student, 46-year-old Murad Dervish, out of the building after recognizing him as someone who wasn’t allowed to be there. State troopers arrested Dervish a few hours later. He’s jailed and awaiting a court appearance. It wasn’t clear whether he had a lawyer who could speak for him.

Judy Tenuta, a brash standup who cheekily styled herself as the “Love Goddess” and toured with George Carlin as she built her career in the 1980s golden age of comedy, has died. She was 72.  Her publicist says Tenuta died Thursday afternoon at home in Los Angeles, with her family around her. She was among a generation of performers who drove the popularity of live comedy in clubs nationwide including the Comedy Store in Los Angeles, Laff Stop in Houston and Caroline’s in New York City. A typically male-dominated field found room for women, including Tenuta. She first gained national attention in 1987 with “Women of the Night,” a HBO special.

Major League Baseball’s postseason has a little more heft this year. The playoffs are here, with the first games played on Friday. The postseason begins with a field of 12 teams and includes a best-of-three format for the opening wild-card round. That’s up from 10 teams last season. The playoffs include a best-of-three format for the opening wild-card round. The three games will be scheduled on consecutive days from Friday through Sunday at the higher seed’s field. The first team that gets two wins advances. After that, the playoffs will be business as usual. The division series will be best-of-five, while the league championship series and World Series will be best-of-seven.

Stephon Gilmore batted away Russell Wilson’s pass to Courtland Sutton in the end zone on fourth-and-1 from the 5 to give the Indianapolis Colts a 12-9 overtime victory over the Denver Broncos on Thursday night. Gilmore also intercepted Wilson’s pass in the fourth quarter to help set up Chase McLauglin’s tying field goal. McLauglin connected from 47 yards 4:10 into overtime to give the Colts (2-2-1) the lead in the first game in NFL history that pitted quarterbacks with at least four Pro Bowl appearances each, but it featured zero touchdowns. The Broncos (2-3) decided against a tying chip-shot field goal by Brandon McManus, and Wilson lined up in the shotgun next to running back Melvin Gordon, then threw incomplete over the middle.

IMAGE OF THE DAY

In 2001, the war in Afghanistan started as the United States and Britain launched air attacks against military targets and Osama bin Laden’s t… 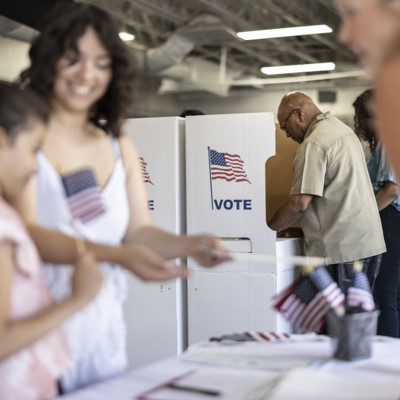 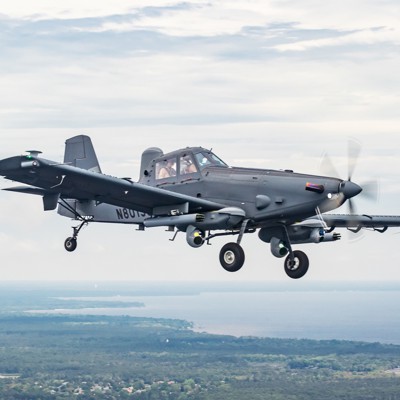 Three were killed in Israeli strikes on a Syrian airport