WASHINGTON: The Air Force needs a strategy to get more out of its investments in various “raindrop” software factories, according to a former Pentagon official who said he also fears the service isn’t growing enough talent in those initiatives.

Ed Wilson, the former deputy chief cyber adviser to the secretary of defense, said that while he is a “big fan” of “software factories for DevSecOps,” and seeing their continued growth, he questioned how the service could “get a little more efficiency sometimes.” DevSecOps refers to an approach that combines software engineering, cybersecurity, and software operations.

“I’m not … for more bureaucracy, but we have raindrops from software factories,” Wilson said at the America’s Future Space Innovation Summit on Tuesday. “Not all are created equal. There are more success stories than others.”

He added that he “is afraid that we do not have enough talent to succeed in these conditions. And so I think we need to focus on that talent pool for DevSecOps.”

The Air Force has a number of software factories tasked with developing and delivering new software distributed across the country, including Space Innovation Centers and platformONE, the Defense Department’s DevSecOps environment. In total, there are 29 software factories in the army today.

Wilson’s comments appear to echo some of the issues that were addressed in a Pentagon-wide software modernization strategy released on February 2. This strategy involved engaging all 29 plants and creating an enterprise-level “ecosystem” to more quickly acquire and deliver software at speed.

RELATED: Pentagon wants to turn its 29 software factories into one “ecosystem”

The goal of the modernization strategy is to create a centralized software hub that will help streamline checkpoints for end-to-end software delivery and accelerate innovation in the hands of Soldiers. He also warned that the Defense Department’s current processes governing how the department procures, implements and operates across missions cannot keep up with the changing pace of technology development.

On Wilson’s comment about the lack of talent development, the main focus of the strategy involves “expanding technical competencies” or improving the workforce.

According to the strategy, the Department of Defense wants to create “a standard and dynamic basic training inventory and complement that training with investments in interservice programs, in-service training programs and rotational opportunities.”

Jason Weiss, the Defense Department’s chief software officer, told reporters in February that the Pentagon also created a task force under the Software Modernization Steering Group to recommend best practices and policy changes for the plants.

“We’re seeing a lot of lessons learned start to flow to the top, and a lot of collaboration is happening through things like our DevSecOps community of practice,” Weiss said. “So it’s a living and breathing ecosystem. And we will be looking at and listening to these software factories to determine what policy changes to prioritize and when to influence them.”

A US drone killed the head of the Islamic State group in Syria: the Pentagon 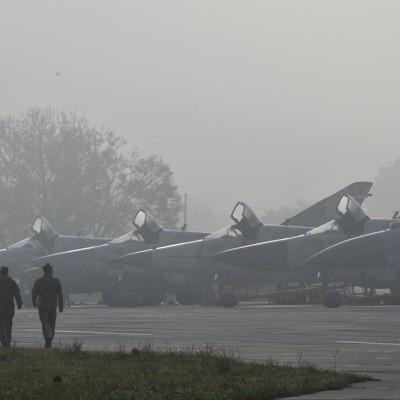 On January 6, the committee is “ready to consider” Ginny Thomas’ subpoena The US Army is ordering additional “strengthened” Strykers, the total number of which is 269 vehicles 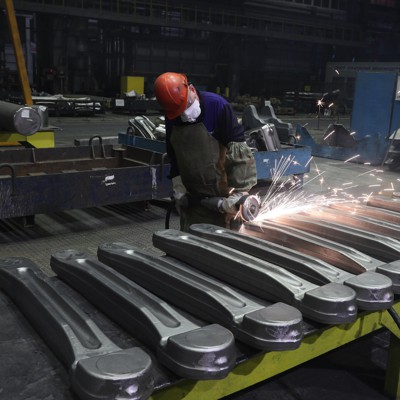 U.S. defense firms could suffer from Western sanctions on Russia