Aviation Capital Group (ACG) provides funding for the purchase of Volocopter aircraft worth up to $ 1 billion after eVTOL aircraft certification. (Photo: Tom Zior for Volocopter)

ACG (Aviation Capital Group) has agreed to coordinate with Volocopter, an urban air mobility company (UAM), to develop financial solutions that allow Volocopter to sell electric vertical takeoff and landing (eVTOL) once its aircraft is certified. The agreement provides funding for sales of Volocopter eVTOL aircraft worth up to $ 1 billion.

After the FAA and the European Union Aviation Safety Agency (EASA) certify the aircraft for commercial use, deliveries of Volocopter eVTOL vehicles will begin. Three eVTOL aircraft were developed by Volocopter for zero-emission transport, such as passenger transport ( VoloCity and VoloConnect aircraft) and to move cargo (ValoDron).

Thanks to this agreement, ACG will allow Volocopter to offer customers the opportunity to lease its eVTOL aircraft. The benefits of ACG’s experience and assistance are the flexibility and security of customers ’transactions when they choose the leasing option. Once certified, the Volocopter commercial business can begin to expand its offerings for the Urban Air Mobility (UAM) market through this collaboration with ACG. As CEO Florian Reuters said, “this agreement will allow our business to get started after aircraft certification.” Volocopter eVTOL aircraft, including VoloConnect, shown above, are designed for transportation in urban airspace. (Photo: Volocopter)

Among the competitive advantages of the Volocopter family of aircraft – simplicity of design and low noise. According to the company, VoloCity, VoloConnect and VoloDrone are also designed with a “high level of security”.

The parent company ACG – Tokyo Century – is the first investor in shares of Volocopter, and the new agreement is based on the existing partnership between the two companies, said Tom Baker, CEO and President of ACG. “This deal underscores ACG’s continued commitment to reducing the aviation industry’s impact on the environment and working towards a cleaner and more sustainable future,” Baker added. The year 2021 was tense in Volocopter. Just a couple of months ago the company set up a joint venture with an enterprise called NEOM build and manage a public system of vertical mobility on the Red Sea coast in Saudi Arabia. NEOM has placed confirmed orders for 10 VoloCity aircraft and 5 VoloDrones. in november The Volocopter completed a test flight with the crew its demonstration aircraft eVTOL, 2X. It became the first public test flight with the crew of a fully electric VTOL air taxi in South Korea.

https://www.aviationtoday.com/2022/02/14/acg-provides-up-to-1b-in-financing-for-volocopter-customers/ ACG provides funding to Volocopter customers up to $ 1 billion

A new code-gray agreement from Avianca in Colombia 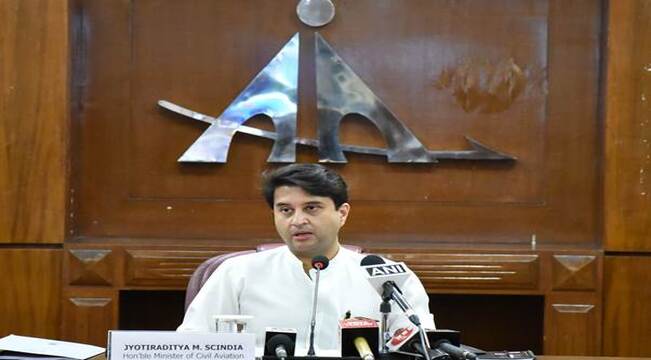 Measure the impact on the climate over a decade, not a century 2 US pilots arrested for coming to work drunk

An-12 cargo plane crashed in the north of Greece Clocaenog Forest: RWE is celebrating the opening of its largest onshore wind farm in the UK